NASA scientists Psyche(d) after discovery of water on the largest metallic asteroid!

Scientists have proposed a few mechanisms for the formation and the source of these molecules. 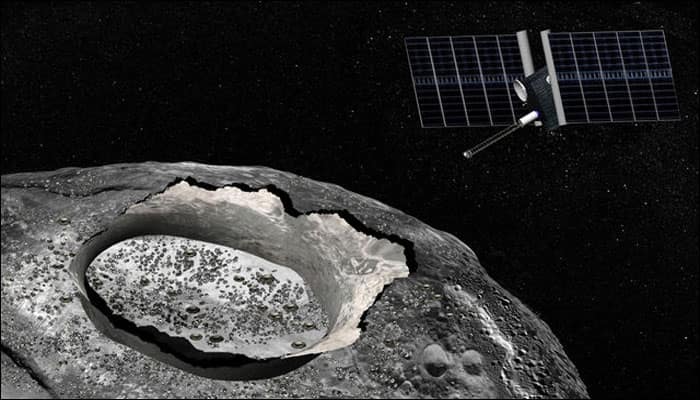 Washington: The largest metallic asteroid in our solar system – Psyche – is in the news once again and has become a subject for great intrigue among scientists at NASA.

The reason behind this is the discovery of water on the asteroid! Yes, the team of scientists at NASA have detected the presence of water on Psyche.

This is also strange, since previous observations of the metallic asteroid never turned up evidence of water-rich minerals present on it.

However, new observations from the NASA Infrared Telescope Facility in Hawaii show evidence of water or hydroxyl on its surface.

Scientists have proposed a few mechanisms for the formation and the source of these molecules.

Water-rich minerals detected on Psyche may have been delivered by carbonaceous asteroids that impacted Psyche in the distant past, said researchers including Joshua Emery, from University of Tennessee in the US.

Psyche is about 300 kilometre across and is made of almost pure nickel-iron metal.

Located in the asteroid belt, it is thought to be the remnant core of a budding planet that was mostly destroyed by impacts billions of years ago.

The study was published in the Astronomical Journal.

The Toucan and the Cluster – Spectacular Hubble view of NGC 299! (See pic)