Now, the rover is on its way toward uphill destinations of Mount Sharp. 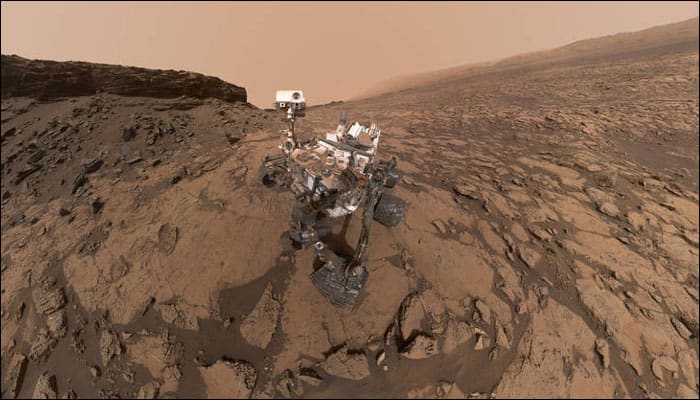 New Delhi: NASA's Curiosity rover, which has been scaling the rocky terrain of Mars since August 2012, completed a total of 1519 days on the planet on October 3, 2016.

Through its amazing Mast Camera, Curiosity has given scientists an array of revelations along with bringing the possibility of deep space explorations on the Red Planet a few steps closer to reality with each passing day.

Completing its course of the scenic locations around lower Mount Sharp, Curiosity commenced chapter 2 of its Mars mission, that is its two-year mission extension, in new locales on October 1. Now, the rover is on its way toward uphill destinations of Mount Sharp.

As per NASA, the destinations include a ridge capped with material rich in the iron-oxide mineral hematite, about a mile-and-a-half (2.5 kilometers) ahead, and an exposure of clay-rich bedrock beyond that.

These are key exploration sites on lower Mount Sharp, which is a layered, Mount-Rainier-size mound where Curiosity is investigating evidence of ancient, water-rich environments that contrast with the harsh, dry conditions on the surface of Mars today.

Before leaving for its new destinations, Curiosity collected drilled rock powder in "arguably the most scenic landscape yet visited by a Mars rover," which is a cluster of mesas and buttes of diverse shapes known as Murray Buttes.

But, NASA's Curiosity mobile laboratory is super thoughtful, it seems. Before embarking on its new journey, it managed to capture what is being slated as 'one of the most scenic landscapes' of Mars as, it could be said, a farewell gesture.

NASA released a 360-degree footage of the rover's view of Murray Buttes, stitching together numerous images taken on the 1451st Martian day of its mission.