NASA's 'HAMMER' spacecraft will swat away asteroids before they hit Earth 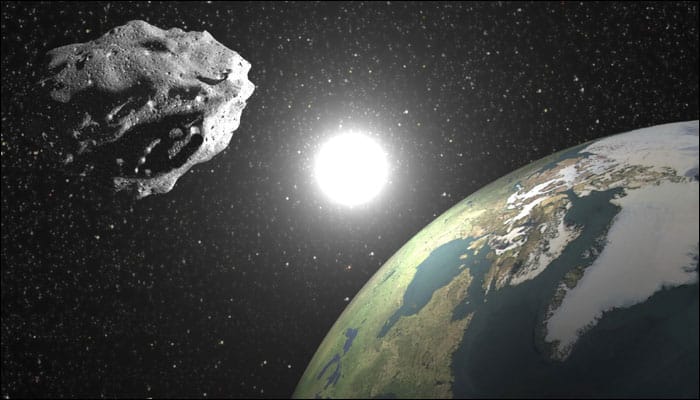 New Delhi: Earth has witnessed a number of close shaves with asteroids – many of which have missed our planet by just a tiny distance.

However, there is always a minute chance of these stray space rocks hitting Earth and a backup plan is certainly required in case it does happen.

NASA dutifully has that covered and plans to deal with potential asteroid impacts through HAMMER – a spacecraft being built by the space agency that will smash any harmful looking asteroids out of the sky before they have a chance to hit the planet.

HAMMER stands for Hypervelocity Asteroid Mitigation Mission for Emergency Response and is a joint venture between NASA, the US National Security Administration and a weapons lab from the US Energy Department.

According to the Mirror, there are two ways the system could prevent an asteroid from slamming into Earth. Firstly, it would hit an asteroid to knock it off course and miss our planet.

The second, and infinitely more dangerous, is that HAMMER would detonate an on-board nuclear warhead to splinter or destroy it altogether.

Besides being a backup plan, another reason behind the development of 'HAMMER' is asteroid Bennu, which NASA is monitoring.

Bennu can be seen every six years from Earth – but in 2135 it is expected to pass between us and the Moon.

That could tweak its orbit and set it on a direct course for our planet and experts fear that a drastic change like this may result in mass destruction.

NASA has also ploughed cash into a pioneering project aimed at working out how to hijack asteroids and turn them into controllable spaceships, the Mirror report said.