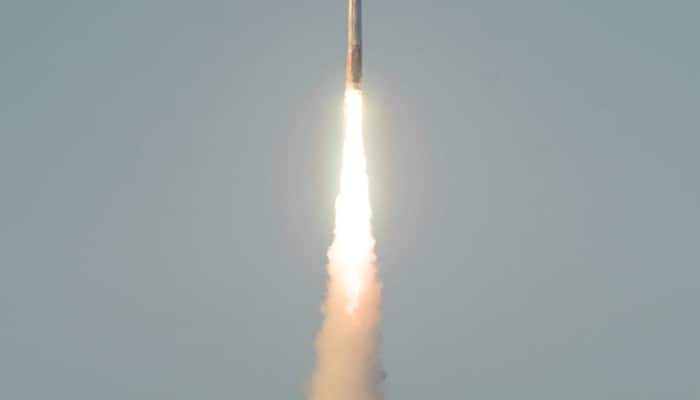 New Delhi: NASA on Thursday evening successfully launched its first asteroid sampling mission into space, beginning a journey that could revolutionize our understanding of the early solar system.

“Today, we celebrate a huge milestone for this remarkable mission, and for this mission team,” said NASA Administrator Charles Bolden.

“We’re very excited about what this mission can tell us about the origin of our solar system, and we celebrate the bigger picture of science that is helping us make discoveries and accomplish milestones that might have been science fiction yesterday, but are science facts today.”

OSIRIS-REx, which is now on its way into a heliocentric orbit, is designed to rendezvous with, study, and return a sample of the asteroid Bennu to Earth.

If all goes according to plan, in 2018, OSIRIS-REx will approach Bennu - which is the size of a small mountain – to map and study the surface of the asteroid in preparation for sample collection

In July 2020, the spacecraft will perform a daring maneuver in which its 11-foot arm will reach out and perform a five-second “high-five” to stir up surface material, collecting at least 2 ounces (60 grams) of small rocks and dust and then return the sample to Earth in September 2023 for study.

The OSIRIS-REx mission will be the first US mission to carry samples from an asteroid back to Earth and the largest sample returned from space since the Apollo era.

As per NASA, asteroids like Bennu are remnants from the formation of our solar system more than 4.5 billion years ago. Scientists suspect Bennu may hold clues to the origin of the solar system and the source of water and organic molecules found on Earth.