Nothing existed before the Big Bang, says Stephen Hawking

Basing his theories on the assumption that the universe has no boundaries, the British cosmologist said: “There was nothing around before the Big, Big Bang.” 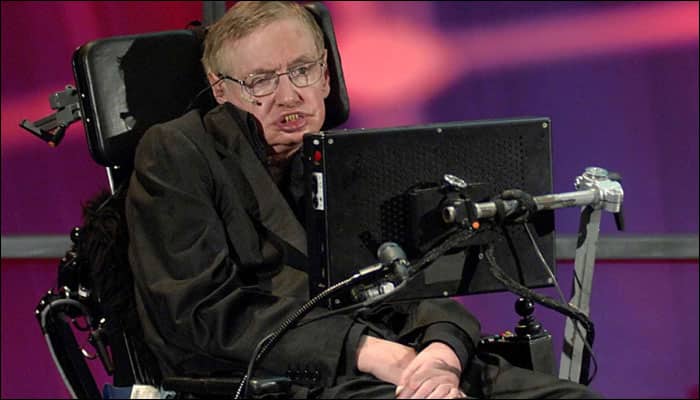 New Delhi: World-renowned physicist Stephen Hawking has said that there was absolutely nothing before the Big Bang, explaining what happened prior to the existence of our universe.

The Big Bang theory proposes that a tiny speck of matter and energy began to grow, bringing about the birth of our universe about the universe billions of years ago.

However, scientists are intrigued by what was there before the "explosion" when there was supposed to be nothing.

Basing his theories on the assumption that the universe has no boundaries, the British cosmologist said: “There was nothing around before the Big, Big Bang.”

"The boundary condition of the universe ... Is that it has no boundary," Hawking told physicist Neil deGrasse Tyson at the "Star Talk" show aired on National Geographic Channel.

The Big Bang theory holds that the universe in retrospective can shrink to the size of an extremely small "subatomic ball" known as the singularity.

According to Hawking, the laws of physics and time cease to function inside that tiny particle of heat and energy.

The ordinary real time as we know now shrinks infinitely as the universe becomes ever smaller but never reaches a definable starting point.

Hawking argued that before the Big Bang real ordinary time was replaced by imaginary time and was in a bent form, state-run news agency Xinhua reported.

"It was always reaching closer to nothing but didn't become nothing," said Hawking.

To help people better understand the abstract and confusing state, the physicist drew an analogy between the distorted time with Ancient Greek philosopher Euclid's theory of space-time, a closed surface without end.

"One can regard imaginary and real-time beginning at the South Pole. There is nothing south of the South Pole, so there was nothing around before the Big Bang," Hawking said.

"There was never a Big Bang that produced something from nothing. It just seemed that way from mankind's perspective," Hawking said.

He said that a lot of what we believe is derived from a human-centric perspective, which might limit the scope of human knowledge of the world.

Stephen Hawking has time and again warned against various issues that concern the world at large.

The British physicist has been quite outspoken about the existence of alien civilization and has warned against efforts to contact them.

He also said that the human race is destined to be doomed unless we move to space, while also predicting that AI robots will replace humans in the future.