The newly found black hole is voraciously devouring material at the centre of a galaxy – a phenomenon called a quasar. 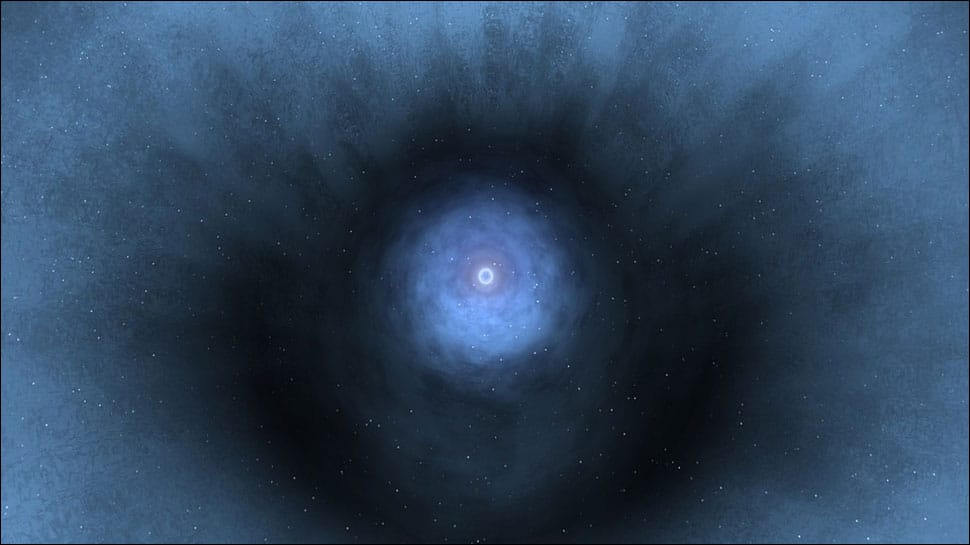 New Delhi: Black holes and their behaviour have long since been on the list of mysterious space phenomena that scientists crave to decipher.

Found in abundance in the universe, these gravity-pulling black holes have always been known to exist in distant galaxies.

Scientists have time and again revealed discoveries of various black holes – sometimes wandering, at times still and some which rip stars into shreds before devouring them.

This time, scientists have unveiled the farthest known super massive black hole which is 800 million times the mass of our Sun – astonishingly large for its young age.

The discovery, published in the journal Nature, could provide fundamental information about the universe when it was only 5 percent of its current age.

For black holes to become so large in the early universe, astronomers speculate there must have been special conditions to allow rapid growth – but the underlying reason remains mysterious.

"This black hole grew far larger than we expected in only 690 million years after the Big Bang, which challenges our theories about how black holes form," said study co-author Daniel Stern of NASA's Jet Propulsion Laboratory in Pasadena, California.

The newly found black hole is voraciously devouring material at the centre of a galaxy – a phenomenon called a quasar.

This quasar is especially interesting because it comes from a time when the universe was just beginning to emerge from its dark ages.

"Quasars are among the brightest and most distant known celestial objects and are crucial to understanding the early universe," said co-author Bram Venemans of the Max Planck Institute for Astronomy in Germany.

Much of the hydrogen surrounding the newly discovered quasar is neutral, meaning that it is the most distant quasar, the study said.

The quasar's distance is determined by what's called its redshift, a measurement of how much the wavelength of its light is stretched by the expansion of the universe before reaching Earth.

The higher the redshift, the greater the distance, and the farther back astronomers are looking in time when they observe the object.

This newly discovered quasar has a redshift of 7.54, based on the detection of ionized carbon emissions from the galaxy that hosts the massive black hole.

That means it took more than 13 billion years for the light from the quasar to reach us.

Scientists predict the sky contains between 20 and 100 quasars as bright and as distant as this quasar.

"With several next-generation, even-more-sensitive facilities currently being built, we can expect many exciting discoveries in the very early universe in the coming years," Stern said.