Images captured at the Calar Alto Observatory in Almeria, southern Spain, and two other Spanish telescopes allowed researchers to analyse, in great detail, the Teegarden star a cold red dwarf only around 12.5 light years away from our solar system, Efe news reported. 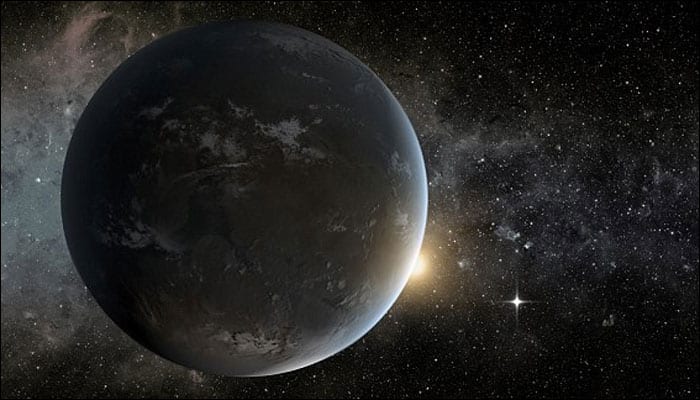 Madrid: Two exoplanets that have been discovered, which are warm similar to Earth and may have water, could be good candidates to support life, according to a study on Tuesday.

Scientists have been searching for planets close to nearby stars since 2016 using a 3.5-meter telescope.

Images captured at the Calar Alto Observatory in Almeria, southern Spain, and two other Spanish telescopes allowed researchers to analyse, in great detail, the Teegarden star a cold red dwarf only around 12.5 light years away from our solar system, Efe news reported.

"Teegarden only has eight per cent of our sun's mass," said Ignasi Ribas, co-author of the study. "It is much smaller and much less bright than the Sun. In fact, despite being very close to the Earth it was not discovered until 2003," Ribas said.

The temperature of the star is around 2,600C (the Sun's temperature is 5,500C) and because it is 10 times smaller, it's 1,500 times weaker and radiates mostly infrared waves.

Once the star was found, scientists used the Doppler technique, also known as the wobble method, which uses radial-velocity measurements of the parent star to detect planets around it.

The Doppler technique detected at least two signals, which have now been identified as planets Teegarden b and Teegarden c.

Teegarden b has the mass similar to Earth and orbits the star every 4.9 days. The second planet takes 11.4 days to complete the orbit, which is the length of its year.

"In other words, they are much closer to their (parent) star than the Earth is to the Sun," Ribas said.

"Teegarden, the more internal one, receives 10 per cent more light than we do from the Sun, that's why we think it may be too hot and may not have water. But this is just speculation because there are elements of its climate that we don't know and that could mean there could be liquid water," he continued.

Teegarden hovers in the midst of a habitable zone, which means the temperature on its surface is between 0 degrees Celcius and 100 degrees Celcius, meaning it could very well have water on the surface.

What scientists are excited about is that both exoplanets are excellent candidates to support life, alongside Proxima, which to date was the planet that presented the best conditions for habitability.

Experts believe between the closest star to our solar system Proxima Centauri that is four light years away, and Teegarden (the 24th furthest away at 12 light years) there are dozens of stars, some with planets orbiting them, but "apart from Proxima, none of them present ideal conditions (for life)," Ribas said.

Researchers have not ruled out the possibility of there being more planets orbiting Teegarden, but the system would have to be observed in more detail. "These planets are of great interest in order to search for life in the mid-term," Ribas said.

Without doubt, for the scientist, the forthcoming decade will be thrilling and key in space exploration and the search for suitable terrestrial exoplanets.