Dussehra 2018: Know the significance of Ramlila

On the day of Dussehra, the final episode of the epic is enacted in which Lord Rama kills Ravana. 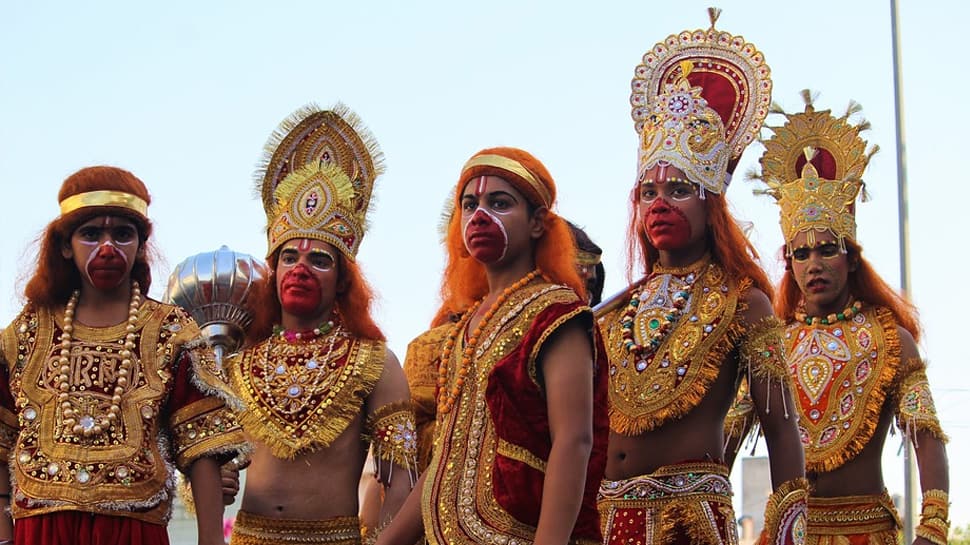 New Delhi: The nation is gearing up to celebrate Dussehra or Vijayadashami on October 19 this year. The tenth day after the nine-day long Navratri fervour is known as Dussehra and it is celebrated with much fervour in different parts of the country.

For the people who are from the eastern side of the country, Vijayadashami is celebrated at the end of Durga Puja which marks the victory of goddess Durga over the demon Mahishasur. While in North India, the festival is celebrated as Dussehra, a mark of Lord Rama's victory over the evil Ravana.

Lord Rama is the avatar of Lord Vishnu and is known for showing the path of righteousness to his devotees. Ravana, the intelligent Maha Brahmin, who fell due to his pride had kidnapped Lord Rama's wife, Sita and it is on the day of Dussehra that the Lord finally killed Ravana and marked the victory of good over evil- a lesson to learn for the forthcoming generations.

In some parts of India, especially in North India, a series of theatre performances termed as Ramlila takes place. An elaborate theatre is set up and the tale of how Lord Rama defeated Ravana, essentially taken from 'Ramayana' is narrated along with a fare organised for the audience.

On the day of Dussehra, the final episode of the epic is enacted in which Lord Rama kills Ravana. After the enactment, effigies of Ravana, his brother Kumbhkaran and son Meghnath are burnt.

Ramlila is chiefly enacted to celebrate Lord Rama's victory over Ravana and to give out the message that good always triumphs over evil. The festive fervour during Dussehra is something that can't be missed and felt especially if you attend a vibrant and theatrical Ramlila.