The decisions were taken at the Board's 86th Annual General Meeting. 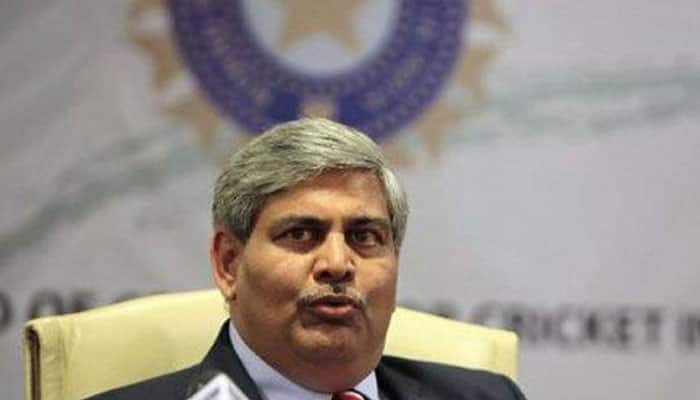 Mumbai: N Srinivasan was on Monday dethroned as ICC Chairman after the BCCI decided to remove him and nominate its recently-elected President Shashank Manohar as the chief of the world body. The decisions were taken at the Board's 86th Annual General Meeting in Mumbai.

Srinivasan was elected for a two-year term. His tenure will be completed by current BCCI president Shashank Manohar, who will now head the world body's Executive Committee till June 2016.

Cracking the whip on conflict of interest in the Board, the BCCI also unveiled a slew of reforms, including the appointment of a retired judge as its ombudsman, as part of its promised clean-up operation.

The Board also decided to trim some of its sub- committees, dropped Indian Team Director Ravi Shastri from the IPL Governing Council and axed Roger Binny from the selection panel to negate the perceived conflict of interest.

The decisions were taken in the AGM in which former captain Sourav Ganguly was appointed Chairman of the Technical Committee, replacing Anil Kumble.

Besides, Visakhapatnam, Ranchi, Indore, Pune, Dharamsala and Rajkot were accorded the status of Test venues.

"Everybody spoke in the meeting in favour of a clean and transparent Board," BCCI President Shashank Manohar told reporters after the meeting.

Justice (Retd) A P Shah was named the ombudsman who will now deal with any complaints of conflict of interest.

" Principally, we have decided on issues regarding conflict of interest. The detailing would be done by legal committee in two months' time," he said.

"The Ombudsman appointed by Board is Justice e A P Shah who would look into complaints of conflict of interest. The Board has also decided to have people who are professionals.

The accounts were passed and the entire AGM report is already on the website," Manohar said detailing the decisions taken at the AGM.

Gagan Khoda and MSK Prasad were named the new members in the selection committee, replacing Rajinder Singh Hans and Binny.

Besides, the BCCI decided to retain Rajeev Shukla as the Chairman of the IPL Governing Council, which would comprise Jyotiraditya Scindia, M P Pandove, Ajay Shirke and Ganguly.

"Whatever I had said a month ago, that we would clean up the system and try to run the Board in a transparent fashion, we have done everything we could," Manohar said.

"To eliminate bias from the decision-making process, we have appointed AP Shah, who is a former chief justice...

working committee size would remain but other committees will not have more than 7-8 people," he added.

The clean-up operation has been triggered by the 2013 IPL spot-fixing scandal, which was investigated by the Supreme Court-appointed R M Lodha committee.

The apex court-appointed panel had suspended Chennai Super Kings and Rajasthan Royals for two years for their officials' involvement in the scandal. Manohar said an auction for two new teams would be held soon.

"For the present, the Board is internally looking into IPL matters, if required we will hire somebody. IMG is paid Rs 28 crore to run IPL, we have spoken to them and told them it's their responsibility to run the show.

"We are going to have a draft auction as far as the two new teams are concerned and we will allow five players each to them," Manohar said.

On the removal of Roger Binny as selector, Manohar said the decision would ensure that former all-rounder's son Stuart does not face criticism for being a selector's son.

"The perception has to change, there should not be injustice on Stuart Binny, we can't destroy his career. He can't be drawing flak from media that because he is Roger Binny's son, he cannot play," he explained.

Manohar side-stepped queries on the proposed bilateral series against Pakistan.

"We need government permission to play against Pakistan and Board decision will be as per the government stand," he said.

Addressing the media alongside Manohar, BCCI Secretary Anurag Thakur was asked whether Delhi would host the fourth India-South Africa Test next month given the infighting in the DDCA.

"By November 17, DDCA has to come back to Board with all permissions from the state government, if they don't then the match would be shifted to Pune," he said.