Another blow for DDCA: Staff goes on indefinite strike ahead of ICC World T20

The staff decided to go on strike after DDCA officials refused to give in to the demands of the workers. 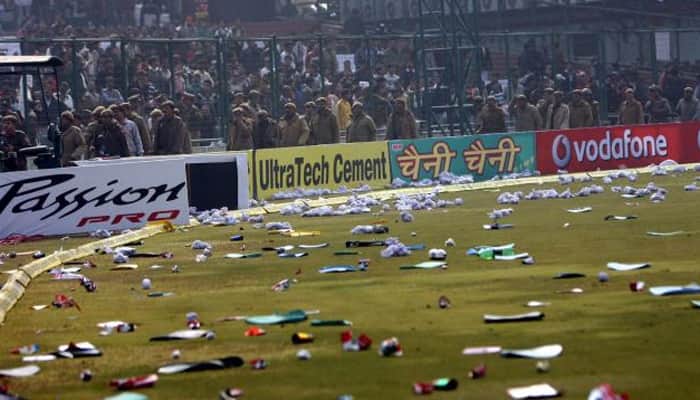 New Delhi: After crossing a lot of hurdles of late, now the Delhi and District Cricket Association (DDCA) is facing yet another issue as their staff has gone on an indefinite strike owing to a dispute over bonus payments, as per the media reports.

According to a report in The Times of India, the working staff of DDCA, including the ground staff, has not turned up for work for the last couple of days, stalling the preparation for the upcoming ICC World T20, which is due to start in nine days.

Ironically, the issue came a day after DDCA obtained the occupancy certificate from the South Delhi Municipal Corporation and no objection certificate (NOC) from the Delhi Urban Art Commission.

The staff decided to go on strike after DDCA officials refused to give in to the demands of the workers, which is leading to delay in giving finishing touches to the ground.

The newspaper has also learnt that a team from the ICC is scheduled to do a recee of the stadium on March 8.

“The staff met the top DDCA officials on Saturday but things have not been sorted out. The staff has been told that their demand is unacceptable and the DDCA can do little about it,” a source close to the development told TOI on Saturday.