“First you tell me, why were you laughing just now?," asked Shoaib 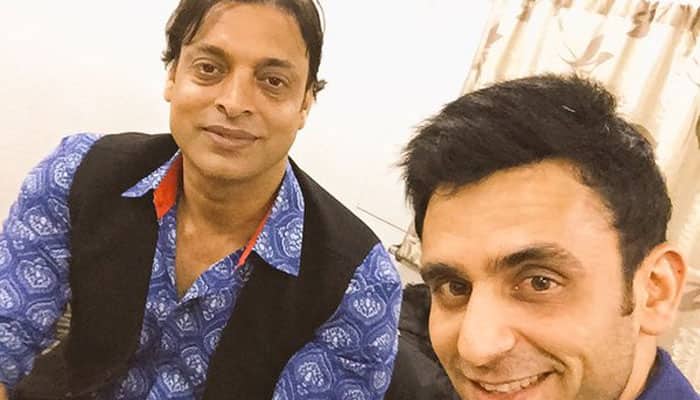 Akhtar, an expert on the show, lost his cool after Sapru supposedly mocked him.

As the show resumed after a commercial break, Sapru turned to Akhtar to ask him a question.

But before doing so, he let out a momentary laugh with the 'mauka mauka' jingle playing in the backdrop.

As soon as Sapru posed his question, a visibly upset Shoaib said, “First you tell me, why were you laughing just now?”

“You are sitting here to ask my opinion or ridicule me? You can't call me to the studio and make fun of me," he further added as Sapru tried to calm him down.

Kapil Dev, who was sitting next to Shoaib, rescued a possibly embarrassing situation for the anchor, as he continued talking about the India-Pakistan match.

"Give Shoaib some time and let him cool down,'' Dev told Sapru.

Akhtar had termed that as an 'immature' remark from a great player.