Dhoni already has 38 and 22 stumpings in Tests and Twenty20 Internationals. 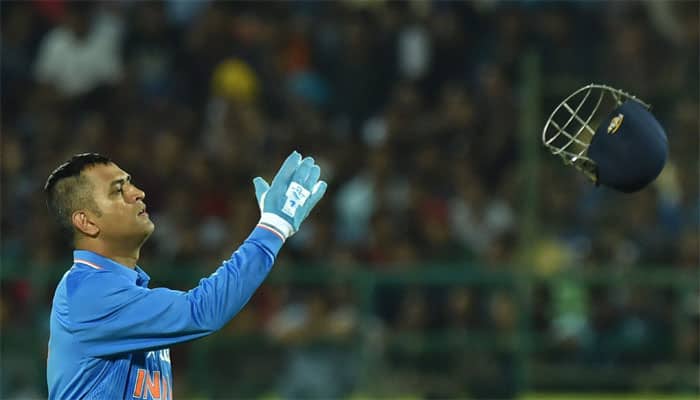 Dhoni, 35, entered the match (his 444 overall) with 149 stumpings against his name, and in the 29th over, the skipper affected his 150th to dismiss Ross Taylor off the bowling of Amit Mishra.

The duo combined again, in the 31st over, to remove Luke Ronchi which became Dhoni's 151st stumping victim.

Dhoni already has 38 and 22 stumpings in Tests and Twenty20 Internationals.

Sri Lankan legend Kumar Sangakkara managed 139 (in 464) stumpings in his illustrious career. Another Lankan wicket-keeper Romesh Kaluwitharana with 101 (in 234) stumpings is third on the list.

No other wicket-keeper has managed to breach the 100-mark in stumpings.

Today, Dhoni won the toss at PCA stadium and put the Kiwis to bat first. The visitors, after a good start, have suffered a collapse. At the time filing the report, they were 213 for 8 in 41 overs.

The series is tied 1-1 after Kane Williamson lead the Kiwis to their first win of this India tour with a six run win at Delhi.

India vs New Zealand, 3rd ODI: As it happened...