MS Dhoni's wife Sakshi to quit from board of directors of Amrapali group: Report

According to a report, documents proved links of the Dhoni family to the real estate firm. 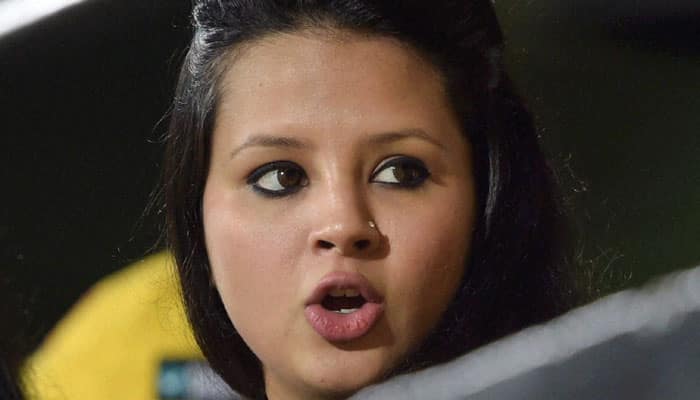 New Delhi: A day after MS Dhoni ended his association with the Amrapali group, wife Sakshi too is likely to follow suit by quitting from board of directors of the company.

According to a report on CNN-IBN, documents proved links of the Dhoni family to the real estate firm.

On Friday, Dhoni resigned as the brand ambassador of the real estate giant after unhappy residents launched an online campaign protesting his association with Amrapali.

After being trolled on social media by residents of an Amprapali housing project angry over incomplete work, Dhoni on Sunday said he will take up the matter with the builder and it must deliver on its promises.

Replying to questions in this regard earlier at a press conference, Dhoni also said it has become difficult for the builders in the current economic scenario.

"But at the same time, whatever is promised irrespective of where they stand, I think it needs to be met," said Dhoni who has been a brand ambassador for the Amprapali group, which has developed a number of projects in the national capital region.

The complaints from the residents of its Saphhire project in Noida, on suburbs of New Delhi, had gone viral on Twitter over the past few days after they tagged Dhoni in their tweets asking the cricketer to disassociate himself from the builder or force the company to ensure completion of pending work.

The first phase of Sapphire, which was launched in 2009, has been completed and about 800 families have moved in out of 1,000 flats, but civil and electrical work in many towers is still incomplete, according to the residents.