With Saha doing India duty, the onus will be on skipper Tiwary to put the runs on board for Bengal. 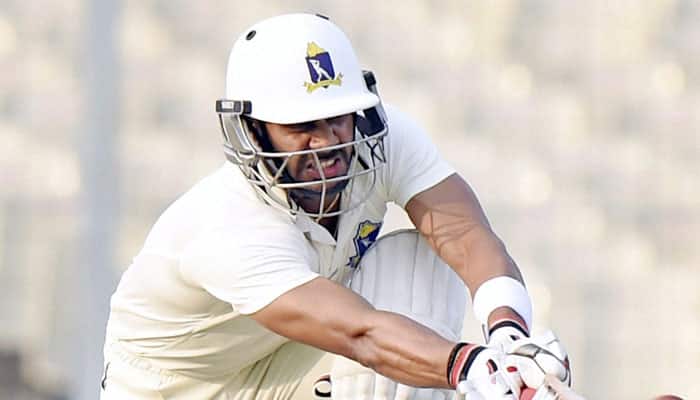 Kolkata: Boosted by back to back wins on the road, second-placed Vidarbha will be up against Bengal in their Group A Ranji Trophy cricket match here tomorrow.

Vidarbha beat Maharashtra by 82 runs in their last outing while in Assam they had posted their first win of the season as they find themselves sitting pretty in second place in the table with 16 points from five matches.

Bengal on the other hand have struggled to get their team composition right and failed to translate their good show as they find themselves fifth in the table with 10 points from four matches.

With a match in hand, Bengal however still have time to turn it around as they would look up to make the home advantage count when they face a formidable Vidarbha at the Jadavpur University second campus ground in Saltlake.

Bengal have not still got their opening combination right till now and with Abhimanyu Eswaran back in the side after recovering from an injury, the hosts will look up to the talented youngster who is likely to have Rohan Banerjee as his partner.

"No team gets their combination right straightaway. It takes a lot of permutations and combinations. Now with Abhmanyu Eashwaran back, I hope we will manage to sort out our opening dilemma," coach Sairaj Bahutule said.

Bengal's main spinner Pragyan Ojha, who was down with a knee injury, was recovering well and the team is hopeful that the leftarm spinner will be fit in time.

The team had another injury concern in pacer Mukesh Kumar who got the scalp of Virender Sehwag in his debut match against Haryana as it remains to be seen whether he will be available.

With Wriddhiman Saha doing India duty, the onus will be on skipper Manoj Tiwary to put the runs on board.

Tiwary got one century (versus Karnataka, an unbeaten 103 in the second innings) and missed out on one by three runs against Delhi.

"I should be converting the hundreds into big innings," he said. "I am getting a good feel. And that gives me the confidence that I will get runs this season. It's very important for me and the team, that I score centuries."

Vidarbha boast of a strong batting lineup in with Faiz Fazal and veteran Wasim Jaffer up front while Subramaniam Badrinath will lend stability down the order.

In the spin department, off spinner Akshay Wakhare and left arm spinner Aditya Sarwate who claimed a match haul of seven wickets in their win over Maharashtra in the last match will be the ones to look up to.