The Turbanator was also full of praise for Sachin Tendulkar, Virat Kohli and Anil Kumble during his appearance in the show "Aap ki Adalat" which will be aired soon. 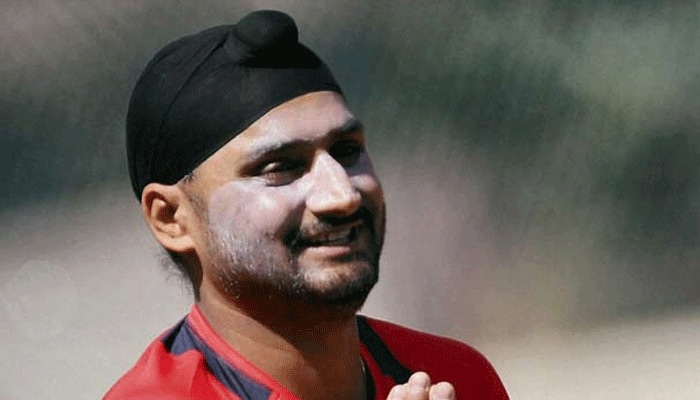 New Delhi: An India vs Australia series is incomplete without the war of words between the players of two cricketing nations. Australians just love victories and often use their tongue apart from bat and ball to do the damage. It is not so common finding someone counter attacking Australian's sledging but our Punjabi boy, Harbhajan Singh sealed the mouth of Darren Lehmann with a cheeky question.

As quoted by News18, Harbhajan Singh recited an incident calling Darren Lehmann 'pregnant' after getting frustrated at the continuous sledging by the Australian.

"I was batting and (Darren) Lehmann was continuously sledging me. He had a huge stomach and his slack string used to hang out like Shakti Kapoor's. I was so much perturbed over his sledging that I pointed towards his abdomen and asked: 'Are you pregnant?' Lehmann told this to Shane Warne who burst out laughing. Warne asked me whether I said this...' Well, players shouldn't have such huge stomachs," Harbhajan was quoted as saying.

"I didn't say monkey. It was their allegation. I only told him - 'teri maa ki...haath ki roti khaane ko bada dil kar raha hai'. He did not listen at all. Anyway, he did not know Hindi, and I don't know English."

The off spinner has always been in media for his popular spats with fellow cricketers. Some of the other incidents mentioned by him are -

With Shoaib Akhtar - "Shoaib abused me a lot. He used to sit with us, ate with us. Since he was too close to us, maybe he used to take us for granted. He challenged me once to hit a six and when I hit a six, he was shocked. He then bowled two consecutive bouncers which I evaded. He then abused me and I replied back. But after the game, we sat together as if nothing happened."

With Sreesanth - "I was guilty in the Sreesanth episode, and I am ashamed even today, but the way he wept, as if I slapped him very hard. But anyhow that was something obviously which everybody will remember that I made a mistake. I am again saying, I'm sorry."

The Turbanator was also full of praise for Sachin Tendulkar, Virat Kohli and Anil Kumble during his appearance in the show "Aap ki Adalat" which will be aired soon.