India are looking to become the first team to win the coveted trophy four times. 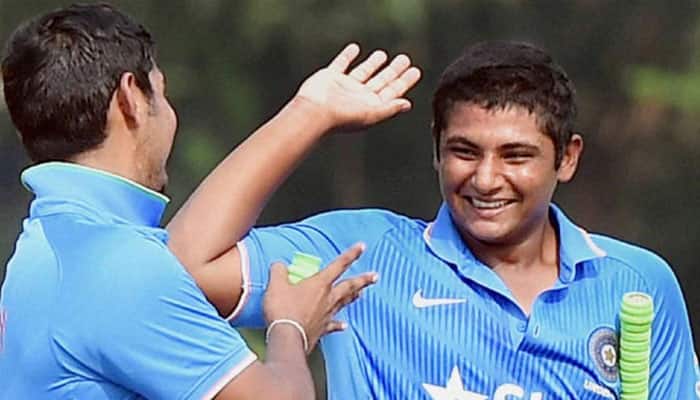 New Delhi: Ahead of Saturday's Under-19 World Cup Final between perennial favourites India and traditional nursery West Indies, lets look at five Indians who are likely to be the difference between the two teams.

Rishabh Pant: This 18-year-old has once again highlighted the importance of wicketkeeper-batsman in a limited overs' side. His fearless knocks as an opener have helped many a unsettled nerves as India look to win fourth junior World Cup title. He has scored a total of 266 runs from the 5 games, averaging over 53.

Sarfaraz Khan: He is certainly prodigal son of Indian cricket. With an unmatched talent, the IPL starlet is playing in a kids' tournament, though he is only 18. His big match experience will be key to India's chances. He has scored 4 fifties in 5 matches.

Mahipal Lomror: Great name for a young promising player. His all-round abilities will come handy, if at all, India run into some trouble. The 16-year-old swings the bat like a marauder and at the same, carries an uncanny ability to take wickets. His 45 and 5/47 against New Zealand was great.

Avesh Khan: He is certainly a bowling talent, and has shown that during this tournament. The 19-year-old has taken 11 wickets so far, including a four-wicket haul against New Zealand. A discipline display from the new ball bowler will be crucial to India's fortunes against a a free-willed West Indian side.

Khaleel Ahmed: This left-arm paceman is one of the good things to happen in Indian cricket of late. Thanks to his sheer grit and determination, he has made it to the international level. And he is fast. An inspired performance from him will lift the whole team.

And, not to forget the skipper Ishan Kishan. His' has been a forgettable outing, managing only a fifty so far, the Bihari batsman need to play a captain's knock tomorrow, if he wants to avoid criticism.