For Nottinghamshire team-mate Alex Hales, Finals Day represents a chance to get the focus back on his cricket. 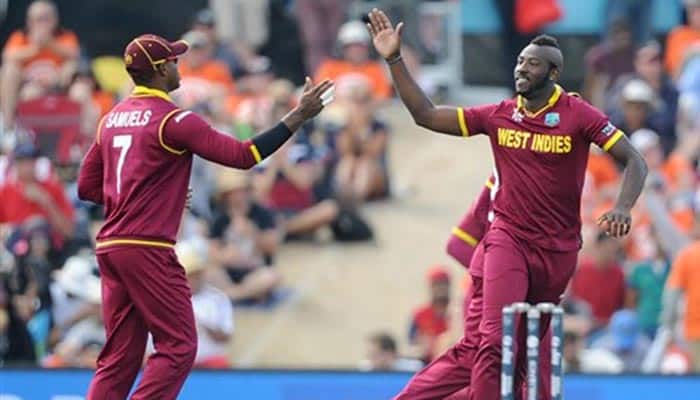 West Indies all-rounder Andre Russell will hope to win his second domestic Twenty20 title in a matter of weeks when he takes part in English county cricket`s Finals Day at Edgbaston on Saturday.

The 28-year-old, an aggressive pace bowler and dynamic batsman, helped his native Jamaica win the 2016 Caribbean Premier League on August 7.

He has now rejoined English county Nottinghamshire and will play for the Midlands club on Saturday when they face Northamptonshire in the first semi-final of English county cricket`s Twenty20 Blast.

The winners will then face whoever emerges triumphant from the second semi-final between Durham and Yorkshire in the final, with all three matches taking place at Edgbaston in Birmingham.

"I have never taken part in a Finals Day, with two T20 games in a day at a high competitive level, so I don`t know what it is going to be like," Russell told www.trentbridge.co.uk.

"I am not just here to play cricket, I am here to win another title," he added.

For Nottinghamshire team-mate Alex Hales, Finals Day represents a chance to get the focus back on his cricket.

The 27-year-old England batsman was fined 15 percent of his match fee, approximately £1,500 ($1,960), for showing dissent towards third umpire Joel Wilson following his first-innings dismissal in the 10-wicket fourth Test defeat by Pakistan at The Oval last week.

Hales was convinced he had not been caught low down at mid-wicket by Yasir Shah and vented his frustration on West Indian official Wilson.

But England coach Trevor Bayliss said whatever Hales`s view of the incident, there was no excuse for the under-pressure opener`s behaviour.

"Going into the third umpire`s room, that was just wrong," said Bayliss.

"I`m filled with regret about the whole thing and I`m sorry for the whole situation," Hales told the Guardian.

After 11 Tests, Hales has a modest average of under 28 and his place for the upcoming England tours of Bangladesh and India is in doubt.

But now Hales`s attention is on white-ball cricket and in particular helping Nottinghamshire win this weekend.

"Finals Day is a pretty special occasion at one of my favourite grounds in the world," said Hales. "It will be great not to have to leave the ball too -- I`m looking forward to playing at those wide ones."

Yorkshire, coached by Jason Gillespie, the former Australia fast bowler, have won the last two editions of English cricket`s first-class County Championship but have yet to win a Twenty20 trophy.

Their semi-final against Durham could feature a host of England internationals, with Test batsmen Joe Root, Gary Ballance and wicket-keeper Jonny Bairstow, as well as bowlers Liam Plunkett, Adil Rashid and David Willey available to Yorkshire.

"These are the days you want to be a part of and it is a great opportunity," said Durham captain Paul Collingwood, who led England to the 2010 World Twenty20 title in the Caribbean.