The key for Australia is to have enough in defence to stop the French running riot, while also retaining enough offensive capability to give themselves at least some chance of scoring. 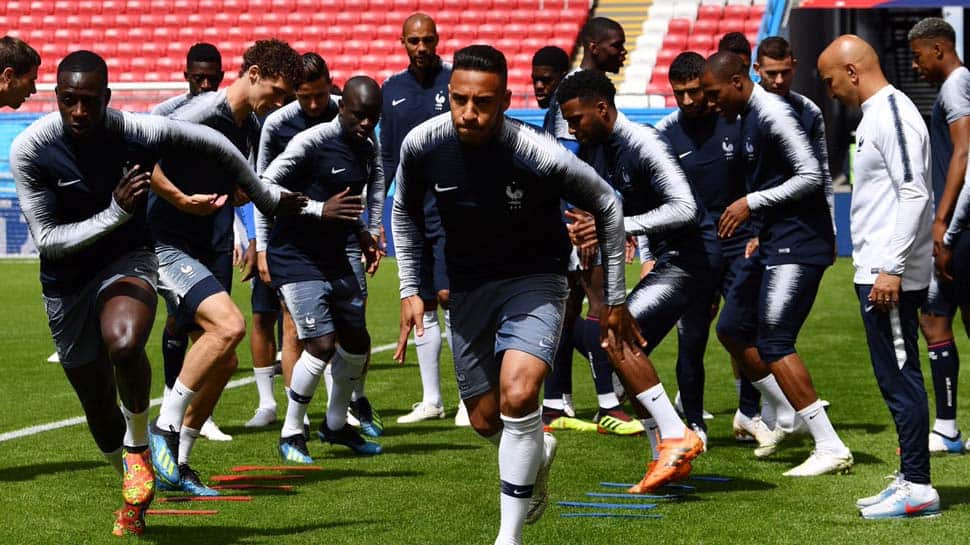 AZAN, Russia: The Group C opener between France and Australia at the Kazan Arena on Saturday pitches some of the best young attacking talent at the World Cup against a team which has often struggled to find the net in recent years.

That France will start as clear favourites is down to the superior quality running throughout Didier Deschamps's 23-man squad but in particular in the forward quartet of Antoine Griezmann, Kylian Mbappe, Ousmane Dembele and Olivier Giroud.

While Deschamps was giving nothing away on Friday, only three will start with Griezmann's form making him almost certain to lead the line and the experienced Giroud perhaps the player to miss out.

If the coach had any doubts about the wisdom of playing a 19-year-old, Mbappe, and a 21-year-old, Dembele, when making a good start at the World Cup is so important, he was not betraying them on Friday.

"If I have selected them, it's because I think they are good enough," he said of the younger players in his squad.

"It is not risk-taking. They are here because they have the quality to be here."

Deschamps was equally sanguine about the prospect of Griezmann, Mbappe and Dembele tripping over each other as they all try to attack down the same "funnel".

In defence, full back Djibril Sidibe might still be with the squad but his knee injury means he is highly unlikely to play with Benjamin Pavard stepping up to occupy the right flank outside Raphael Varane and Samuel Umtiti.

The key for Australia is to have enough in defence to stop the French running riot, while also retaining enough offensive capability to give themselves at least some chance of scoring.

Coach Bert van Marwijk immediately switched to a back four from the three-man defence favoured by his predecessor Ange Postecoglou when he took over in March and has forged a side that looks more compact.

Although he refused point blank to discuss tactics on Friday, his limited time in charge could make him more likely to stick to the team that he sent out in friendlies against the Czech Republic and Hungary.

That would be bad news for regular captain Mile Jedinak, who started neither game and was absent from the pre-match news conference on Friday.

Australia's problems with finding the net are amply illustrated by the fact that Jedinak, a holding midfielder, is the squad's second highest scorer behind 38-year-old Tim Cahill.

Having the more attack-minded Massimo Luongo joining Aaron Mooy at the heart of a five-man midfield, though, might just give the Asian champions the balance Van Marwijk wants between protecting the defence and providing a springboard for attack.