With Champagne corks still popping in Paris as France celebrated their 2018 World Cup triumph, Canada coach John Herdman was hard at work on Tuesday thinking about how to get his side invited to the party in four years time. 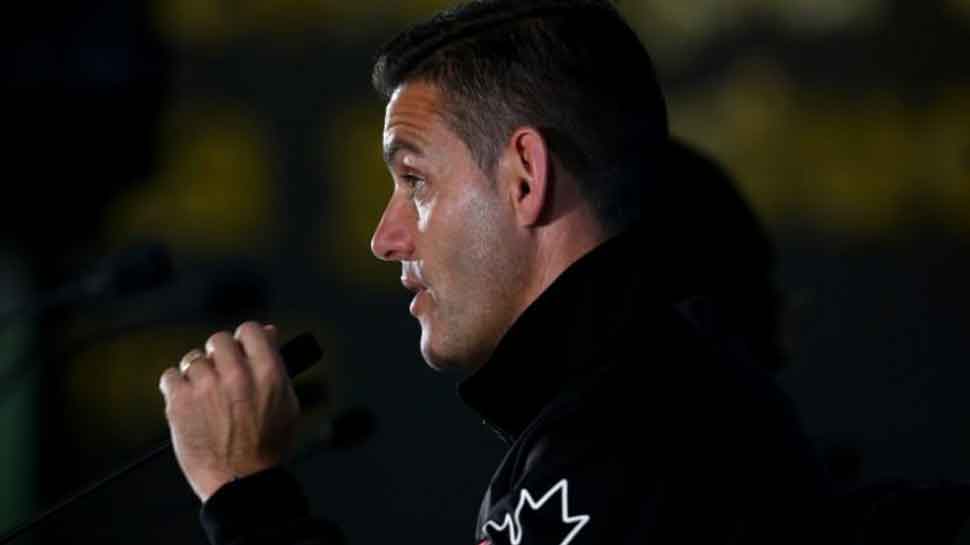 TORONTO: With Champagne corks still popping in Paris as France celebrated their 2018 World Cup triumph, Canada coach John Herdman was hard at work on Tuesday thinking about how to get his side invited to the party in four years time.

For Canadians World Cup fun is something they have rarely had any direct interest in, instead living vicariously through others waving the flag of their ancestral homes.

Canada has qualified just once for the World Cup, in 1986, when they lost all three group matches and failed to score a goal.

The man Soccer Canada has turned to right the ship is Herdman, a high-energy Englishman who relies on motivation and inspiration as much as tactics and has never managed a men’s team but found success in the women’s game steering Canada to bronze medals at the 2012 and 2016 Olympics.

Soccer Canada is counting on Herdman’s contagious enthusiasm, outside-the-box-thinking and attention to detail to accomplish what a long line of managers with more traditional resumes were unable to do and qualify the country for a World Cup.

“We’re going to fight for everything we can to get this team over the line in 2022 or die trying,” declared Herdman, looking ahead to the tournament in Qatar in four years.

“Three MLS clubs, three MLS academies, a Canadian professional league right on the horizon we should be qualified.

“In four years time what you have created is a foundation for future success but it will be built on the fact you have achieved success and if you achieve success in 2022 you know the foundation is there for more.”

If you cannot get an invitation to a party, however, you throw one, with Canada set to co-host the 2026 World Cup along with the United States and Mexico.

All three countries are likely to receive automatic entry, although FIFA has yet to confirm the qualification rules for the first World Cup to feature 48 nations.

Whether they obtain direct entry or have to qualify, either way the pressure is on and Canada is looking at an eight year runway to get its soccer act together.

Herdman hopes to begin laying the foundations of a winning culture with the start of the CONCACAF Nations League qualifying. The top 10 nations will earn spots in the 2019 CONCACAF Gold Cup.

The Road to 2022 Begins, as Soccer Canada is promoting the kickoff to the World Cup campaign, starts with matches against U.S. Virgin Islands, St. Kitts & Nevis, French Guiana and Dominica, who they play in Toronto on Oct. 16.

While the lineup is one that should not strike fear into the Canadians, it is one Herdman is taking seriously.

“These are meaningful matches, you bring a group of men together where there is real expectation, scrutiny and consequence which drives competition and drives performance levels,” said Herdman.

“It gives you that real focus that you have to win matches. It’s that simple.”