The Swiss players were criticised over their gesture which appeared to imitate the eagle displayed on Albania`s flag while celebrating the win over Serbia. 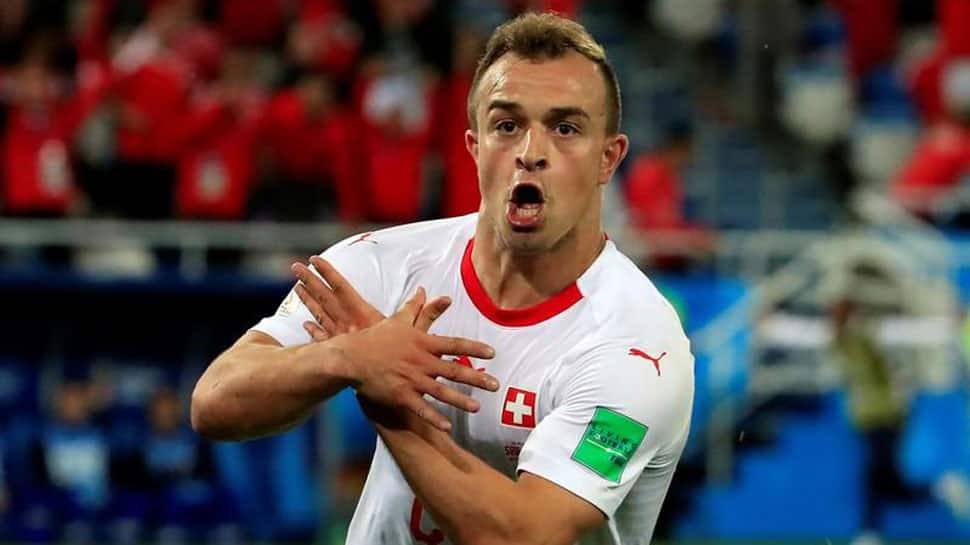 Moscow: Switzerland goalscorers Granit Xhaka and Xherdan Shaqiri were fined and warned but escaped bans over their goal celebrations during their 2-1 World Cup win over Serbia on Friday, global soccer body FIFA said on Monday.

The two players, who are ethnic Albanians and of Kosovar heritage, celebrated with a gesture which appeared to imitate the eagle displayed on Albania’s flag.

Serbia refuses to recognize the independence of its former province Kosovo, whose 1.8 million people are mostly ethnic Albanians, which broke away 10 years ago.

They were fined 10,000 Swiss francs ($10,126.6) each for “unsporting behavior contrary to the principles of fair-play” and warned, while team captain Stephan Lichtsteiner, who joined in with the celebrations, was fined 5,000 Swiss francs and given a warning, FIFA said.

FIFA World Cup 2018: Spain top Group B after holding Morocco to 2-2 draw - As it happened