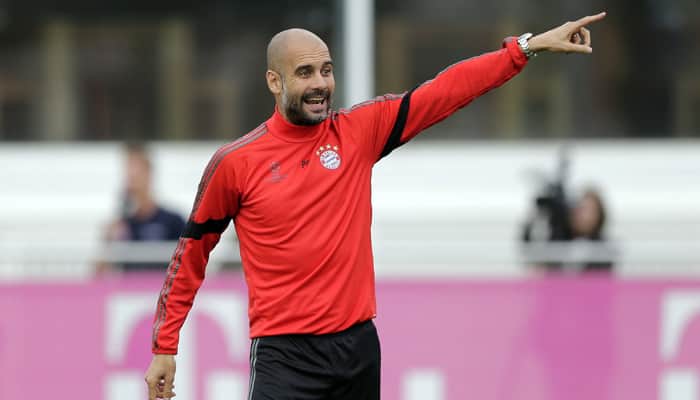 Bayern Munich`s Mario Goetze, who has spent much of the past two seasons on the bench, is starting to feel some love from coach Pep Guardiola after scoring in their 3-0 win at Greece`s Olympiakos in the Champions League.

Germany`s World Cup winner had vented his frustration over his supporting role at the champions at the start of the season and had at the time refused to commit to Bayern, instantly raising speculation about his future at the club.

Urged by club bosses to stay on and fight for a starting spot, the 23-year-old, who scored the winner in the World Cup final last year, looks to have risen to the challenge, first scoring twice in Germany`s win over Poland earlier this month and netting again on Wednesday.

"I love Mario Goetze," said Guardiola. "I have said it a million times and I will say it a million times. He is a super guy and a super character with a great attitude. Everything was easier after Mario`s goal. He is a top player and has enormous quality."

Guardiola, however, had again left Goetze on the bench at the start and sent him on in the 79th minute before he scored Bayern`s second goal and sealed their win a minute from the end. Thomas Mueller added a third goal with a stoppage time penalty.

When asked why he again used Goetze late in the game if he was such a good player, the coach said there was just a lot of quality in the Bayern squad.

"There is a lot of quality so I can understand why he may be disappointed but I want the very best for Mario and am here to help him."

Things will become even more difficult for Goetze when Arjen Robben and Franck Ribery return from injury, further limiting the options of the attacking midfielder who can equally well operate as a striker.

That role, however, has been take over this season by Mueller, who scored twice on Wednesday and has netted six times in four league games as well.

But with Guardiola looking for a first Champions League crown at Bayern in his third season in charge, instilling confidence in Goetze could prove a valuable asset this season.

Bayern next host Dinamo Zagreb, who beat Arsenal 2-1 in the other Group F match, on Sept. 29.