Gladbach are unbeaten in nine games. 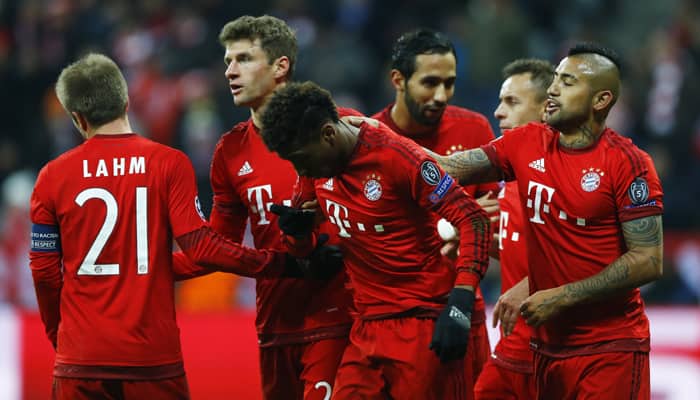 Berlin: In-form Borussia Moenchengladbach are hoping to become only the second team this season to take German league points off Bayern Munich when the sides meet on Saturday.

Pep Guardiola`s Bayern are running away with the Bundesliga title after taking 40 from a maximum 42 points with 13 wins from 14 matches this season and only a goalless draw at Eintracht Frankfurt in October blots their copybook.

Gladbach are unbeaten in their last nine league games under head coach Andre Schubert and worked hard to protect their record by fighting back from 3-1 down at bottom side Hoffenheim last Saturday to claim a 3-3 draw.

"We are unbeaten in nine games, our run should have caught Bayern`s attention," said USA international Fabian Johnson, who scored twice against Hoffenheim.

Gladbach`s stars are relishing the prospect of testing themselves against Germany`s top team at Borussia Park with their side fourth in the table while Bayern are already eight points clear with less then half of the season gone.

"Bayern are obviously a big team, but so are Juventus and Manchester City and they are teams we could have beaten in the Champions League," said Gladbach`s captain Granit Xhaka.

"If we play better at the back than we did in Hoffenheim, then we definitely have a chance."

A factor which may count against Gladbach is that when Bayern feel under pressure, as they have done at home to Dortmund, Wolfsburg and Arsenal this season, on each occasion they handed out a 5-1 pounding.

"Never give up -- that is our mentality. When the game starts, it will be 0-0 against Bayern and we have become a force," said Gladbach striker Josip Drmic.

Schubert says his side has nothing to fear from taking on all-conquering Bayern, who have lost just once this season when Arsenal beat them 2-0 in London in the Champions League.

"Of course, we will try and find the right solutions against Bayern," said Gladbach`s head coach.

"We have the necessary fitness, the huge desire and the heart. It will be exciting to see if we can surprise them."