Manchester United signed him after he impressed the English football club`s coach Alex Ferguson in a friendly match. 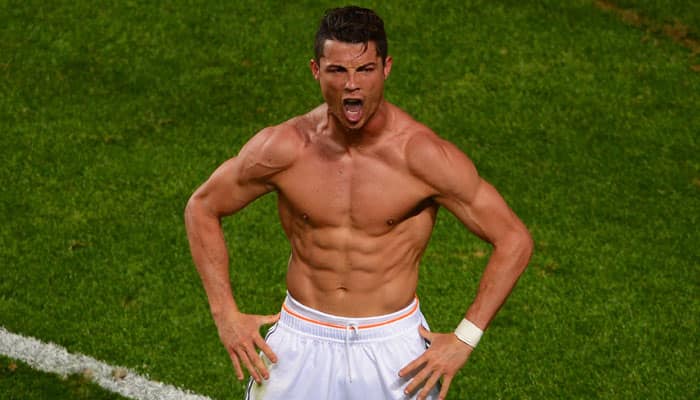 Madrid: Real Madrid`s superstar footballer Cristiano Ronaldo has revealed that arch-rivals FC Barcelona were interested in signing him before he joined Manchester United in 2003.

The Portuguese striker explained that when he was at Portugal`s Sporting Lisbon, he attracted the attention of many European giants, including Barcelona, Inter Milan, Arsenal and Valencia, but he chose to join Manchester United, according to Portuguese media reports on Wednesday, reports Efe.

"When I`d played a few games with Sporting, I awoke the interest of various European clubs, such as Inter, Arsenal, Valencia and Barcelona," the 31-year-old Madrid player was quoted as saying by www.sport-english.com.

Manchester United signed him after he impressed the English football club`s coach Alex Ferguson in a friendly match.

Ronaldo recently signed a contract renewal with Real Madrid until 2021.