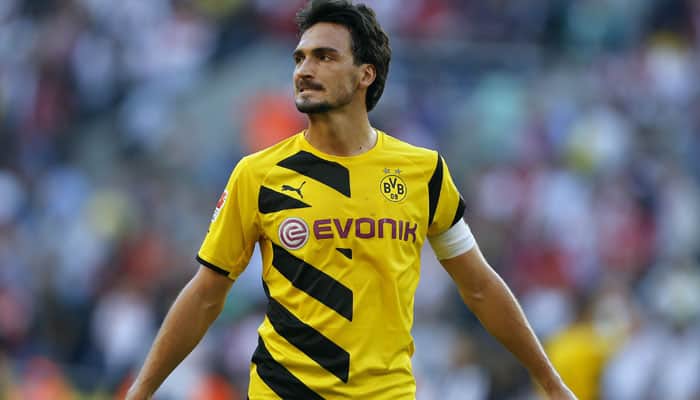 Second-placed Dortmund are at Pep Guardiola`s German league leaders on Sunday with the hosts going into the Allianz Arena clash with a four-point lead.

Bayern have won all seven of their league games so far this season, while unbeaten Dortmund have dropped points by drawing their last two matches.

Dortmund coach Thomas Tuchel has left his captain Hummels behind, also opting to rest playmaker Kagawa and top-scorer Aubameyang who has scored in each of their seven games so far.

"We need to keep an eye on the load put on the players," said Tuchel as Dortmund will have played 14 games in 65 days by the time they play Bayern.