A Chinese company manufactured a doll bearing the midfielder's resemblance and dressed in Nazi military uniforms. 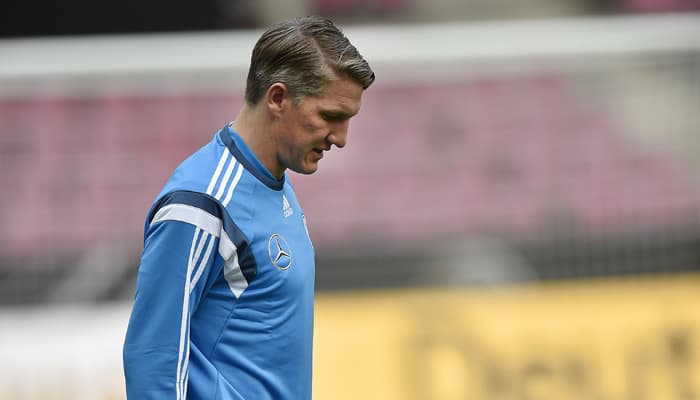 Germany captain Bastian Schweinsteiger is taking legal action against a Chinese company that manufactured a doll bearing the midfielder's resemblance and dressed in Nazi military uniforms, a spokesman for the player said on Thursday.

The figure named 'Bastian' and seen wearing various German World War Two military uniforms, including the swastika and eagle, symbol of Nazi Germany is on sale through the Hong-Kong based DID company (www.did.co). The resemblance to the Manchester United play-maker Schweinsteiger is striking.

A spokesman for 31-year-old, who won the World Cup with Germany in 2014, told reporters he was taking legal action while German media were enraged by what they perceived as Nazi depiction of the player.

"Filth," said Munich's TZ newspaper while Stern magazine said "Scandal doll Bastian. That is what it looks like," next to a picture of the controversial product.

The DID company, which is also selling figures of former Soviet Union leader Joseph Stalin and British war leader Winston Churchill, was still advertising the figure on the front page on its website on Thursday.

Schweinsteiger is among the most successful German footballers of his generation, having won the Champions League with Bayern Munich in 2013 as well as numerous domestic league and German Cup titles. He joined Manchester United this season.