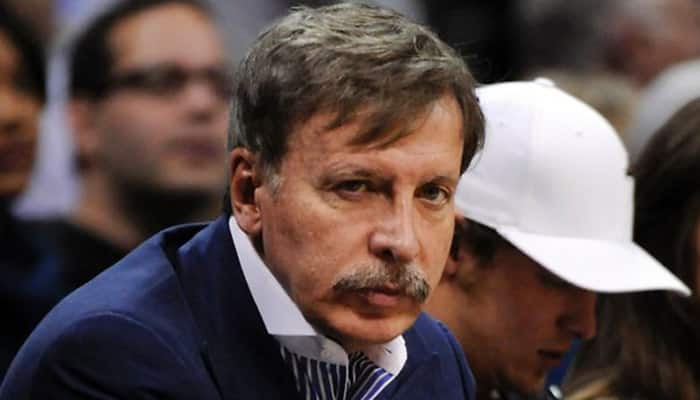 The fee was paid at a time when the north London club have the most expensive match-day ticket in the Premier League at £97 ($155, 121 euros).

Arsenal`s payments to Kroenke, who took over the Gunners in April 2011, were top of the agenda at the club`s annual general meeting on Thursday.

However, Keswick said the board had no qualms about the decision and might very well use the firm of American businessman Kroenke in the future.

"This fee was proposed by myself and Lord (Philip) Harris (of Peckham) for the wide range of services provided to Arsenal Football Club by Kroenke Sports and Entertainment," said Keswick.

"KSE is one of the most respected and successful sports organisations in the United States, operating in the most sophisticated sports business market in the world.

"They have an extensive and long experience in modern sports management."

Keswick added: "There was no competitive tender for these services as they are directly available to us, and a tender process was inappropriate, and therefore unnecessary.

"We are entirely satisfied the fee was appropriate. In terms of any future fees, that would depend on the nature of the services provided."

Keswick also said the appointment of Kroenke`s son Josh as a non-executive director in December 2013 "underlines the long-term commitment to the club from Stan Kroenke and KSE".Kroenke -- once dubbed `Silent Stan` for his unwillingness to speak in public -- focused on Arsenal`s on-field success in a short piece after they ended their nine-year wait for silverware with last season`s FA Cup.

"We are quite proud of what we have been able to accomplish. What a wonderful day at Wembley, to win the FA Cup was fantastic," Kroenke said. "We were long acquainted with Arsene Wenger`s success and proud to be with him.

"We are pleased he has stayed on for a further three years and look forward to continued success."

Wenger, who also spoke at the meeting, turns 65 later this month. The Frenchman has been the Gunners` manager since October 1996.

The question of what will happen when Wenger eventually steps down is starting to concern some Arsenal fans but Keswick said the club would be "spoilt for choice" when that time came.

Following a rousing speech from Wenger, several subjects were addressed at the meeting, which was less heated than in recent seasons following Arsenal`s FA Cup success over Hull in May.

The meeting ended with Nigel Payne, a member of the Arsenal Fanshare scheme, pressing the board over transfer policy.

Payne, however, was unimpressed by some of the answers here received.

"Wenger promised he was going to replace Thomas Vermaelen after he was sold to Barcelona, but this has not happened and all I wanted to know was why," he said.

"I cannot believe the chairman and manager refused to answer a football-related question. Keswick asked Wenger if he would like to say anything about it and he said `no`.

"Every single Arsenal fan knew we needed a defender and defensive midfielder and he (Wenger) did nothing about it."