Manuel Pellegrini admits Manchester City cannot afford to be caught cold if they are to avoid an FA Cup upset against Championship club Middlesbrough on Saturday. 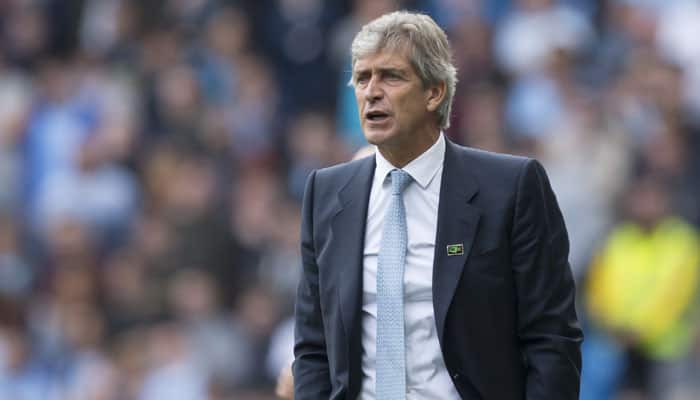 Manchester: Manuel Pellegrini admits Manchester City cannot afford to be caught cold if they are to avoid an FA Cup upset against Championship club Middlesbrough on Saturday.

City have spent the week enjoying a warm weather training camp in Abu Dhabi, home of the club`s owners, before flying back into freezing England late on Friday.

Less than 24 hours later they will face Aitor Karanka`s Middlesbrough in the fourth round of the Cup at Eastlands and City boss Pellegrini says the 2011 winners will have to be at their best to go through.

"I expect a tough game. They are in a very good position in the Championship and they are managed by a good manager who I know," Pellegrini said.

"I am sure that if we don`t play with 100 per cent intensity and concentration we are going to have problems to qualify for the next stage of the cup so we need to play a good game against a good team.

"Maybe they are not in the Premier League but they are fighting to get promoted."

City are looking to bounce back from a 2-0 home defeat to Arsenal in their last game, which left them five points behind Premier League leaders Chelsea, who they face next weekend.

Pellegrini`s side will therefore be looking for a confidence-boosting result against a side challenging for promotion under Karanka, who moved to Real Madrid as assistant manager to Jose Mourinho after Pellegrini was sacked by Real in 2010.

City may be without midfielder Frank Lampard, who sustained a hip injury in the warm-up to their midweek friendly against German side Hamburg and lasted just 20 minutes of the 2-0 win.However, Edin Dzeko, who scored in that game, could start his first game for a month following injury and goalkeeper Willy Caballero is targeting another decent run in the competition.

Caballero, who has played in all of City`s domestic cup ties this season after signing from Malaga last year, said: "Every trophy is important to us and we know that if we can beat Middlesbrough on Saturday, we will already be in the last 16 of the FA Cup.

"This is a trophy we have done very well in over the past three or four years, winning the cup, reaching the final and making the quarter-finals in the past four years.

"We know we made hard work of the 2-1 win over Sheffield Wednesday in the previous round and that Middlesbrough are playing very well at the moment.

"Sheffield Wednesday played very well and worked hard to make it a difficult match for us. We expect nothing less from Middlesbrough."

Karanka, meanwhile, has urged Middlesbrough to recreate the spirit of Anfield as they look to give another impressive account of themselves against high-profile Premier League opposition.

The Teesside club won plaudits after pushing Liverpool all the way in the League Cup in September, eventually bowing out 14-13 on penalties after more than playing their part in a thrilling 2-2 draw.

Middlesbrough will be backed by more than 5,000 supporters at Eastlands and Karanka said: "We showed with our display against Liverpool earlier this season that we can do well against the big sides.

"We`ll have a lot of fans there behind us and we`ll look to put on a good show for them."

Middlesbrough`s priority remains regaining the top flight place they surrendered in 2009 after relegation to the Championship.

They are on course for promotion under Karanka, pulling to within a point of leaders Bournemouth after a 2-1 midweek victory over Cardiff City.

Middlesbrough have lost just once in their last 15 games and Karanka added: "We`ve had some important league games in the run-up to facing Manchester City, but now we can focus all our attention on what`s a big challenge for us against a very impressive side."