Seen by many as dangerous dark horses at Euro 2016, Austria have an early chance to underline their credentials when they begin their Group F campaign against old rivals Hungary on Tuesday. 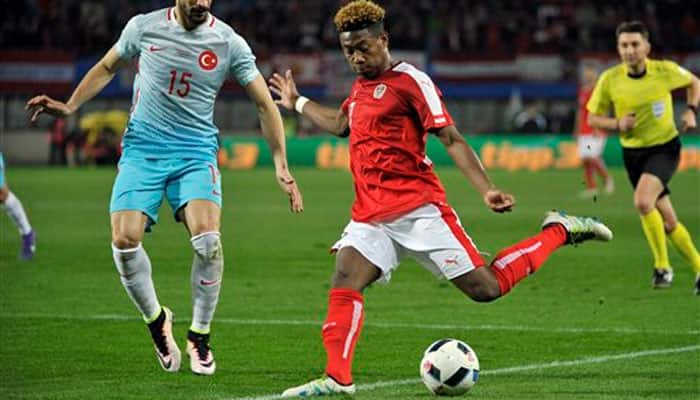 Gironde: Seen by many as dangerous dark horses at Euro 2016, Austria have an early chance to underline their credentials when they begin their Group F campaign against old rivals Hungary on Tuesday.

The game in Bordeaux will be the 138th meeting of the two nations, but their first encounter in a decade and their first competitively in more than 30 years.

Their only previous clash at a major tournament came in the quarter-finals of the 1934 World Cup in Italy, when Austria won 2-1, and Marcel Koller`s men are the favourites to come out on top again this time.

Propelled by star man David Alaba, Austria were superb in qualifying and the full-back, who is deployed in midfield by his country, will be the man to watch out for against Hungary.

"He plays an important role in midfield, particularly because he brings a lot of experience to the table. We hope he continues to perform as well for the national team this summer as he has in qualification and throughout the season as a whole," teammate Marko Arnautovic, of Stoke City, told UEFA.com.

Arnautovic is one of several Austrians coming into the European Championship on the back of impressive seasons in England, with Leicester City left-back Christian Fuchs and Tottenham Hotspur defender Kevin Wimmer also set to feature.

Meanwhile, Hungary, who beat Norway in a play-off to reach a major tournament for the first time since the 1986 World Cup, have no such star presence and are expected to struggle in a group also containing Portugal and Iceland.

The game will nevertheless be a special occasion for goalkeeper Gabor Kiraly, famous for always wearing tracksuit trousers on the pitch and set to become the oldest ever player at a European Championship if he starts at the ripe old age of 40.

"I don`t care if a player is young or old, he has to be good. Gábor is good -- he`s outstanding."

It will also be a memorable evening for the Austrian full-back Gyorgy Garics who, as his name suggests, is Hungarian by birth and only moved to Austria as a 14-year-old.

Garics, of Darmstadt in the German Bundesliga, could be forgiven for momentarily forgetting which side he is on when the national anthems ring out in Bordeaux.

"I will certainly sing the Austrian anthem and probably the Hungarian as well and I think no-one can blame me for that," Garics told media.

"I hope we will get three points against Hungary, but after that I`ll support them as well to advance."