Fiorentina up to fourth after five goal thriller

Late goals by Alessandro Diamanti and Manuel Pasqual helped Fiorentina move into provisional fourth place in Italy`s Serie A on Sunday thanks to a 3-2 win over Atalanta in which on-loan Chelsea midfielder Mohamed Salah made his debut. 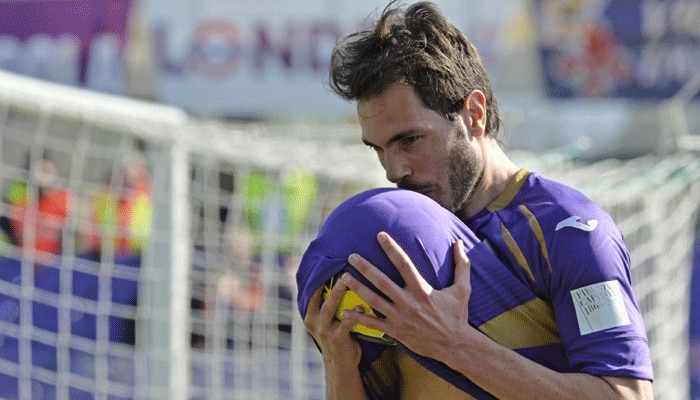 Rome: Late goals by Alessandro Diamanti and Manuel Pasqual helped Fiorentina move into provisional fourth place in Italy`s Serie A on Sunday thanks to a 3-2 win over Atalanta in which on-loan Chelsea midfielder Mohamed Salah made his debut.

Atalanta stunned the Artemio Franchi stadium in the ninth minute when Davide Zappacosta rose above his marker at the back post to head Alejandro Gomez`s fine delivery inside Ciprian Tatarusanu`s upright.

But Fiorentina levelled against the run of play on 19 minutes after the hosts won a free kick to the right of the area and Jose Basanta headed Mati Fernandez`s delivery past Marco Sportiello, who was rooted to the spot, from the penalty spot.

Fiorentina, however, were looking slack in defence and leaving themselves vulnerable during frequent Atalanta counter-attacks.

In attack, meanwhile, Vincenzo Montella`s men lacked the kind of precision and pace offered by Jose Cuadrado prior to his departure for Chelsea last Monday.

Diamanti looked a different player at the start of the second half, the Italian unleashing a drive that forced Sportiello down low and then forcing a rebound from the `keeper which Gomez tapped into the net, only to be ruled offside

Eventually, the former Italy international got the break to fire La Viola in front in fine style.

Diamanti collected on the edge of the box and dribbled past two defenders before beating Sportiello in the Atalanta net.

Atalanta fought back to level 2-2 in the 83rd minute when late substitute Richmond Boakye ghosted in at the back post to tap in a Zappacosta low cross.

Fiorentina, however, made sure of the points five minutes later.

Mati Fernandez did well to feint and shake off his marker to the right of goal before finding Manuel Pasqual in space and unmarked to tap home his low cross.

Fiorentina moved up two places to fourth, four behind Napoli and 18 behind champions and leaders Juventus, who beat AC Milan 3-1 on Saturday to take their lead on closest challengers Roma to 10 points.

Roma are in action later Sunday away to Cagliari.

Zinedine Zidane warns Real Madrid not to write off Schalke