The former England central defender will be in charge for the World Cup qualifier against Malta. 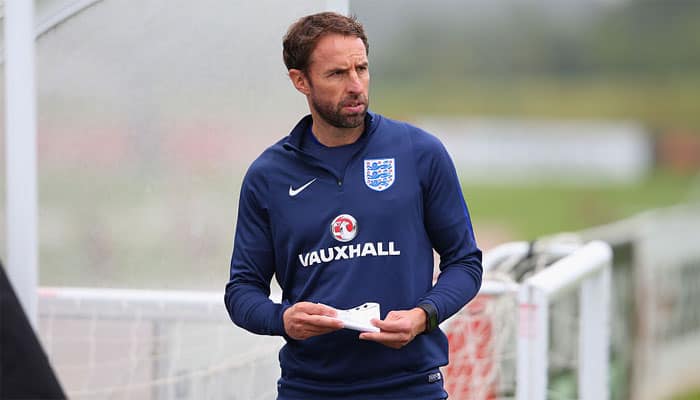 London: Gareth Southgate promised to bring some "stability" to the England set-up on Wednesday after Sam Allardyce admitted an "error of judgement" was behind his shock exit as the national side`s manager.

Allardyce`s one-game career as England manager came to a humiliating end after just 67 days on Tuesday following controversial comments made to undercover reporters.

Southgate has been promoted to caretaker boss of the senior England side from his post as Under-21 manager.

The former England central defender will be in charge for the World Cup qualifier against Malta at Wembley on October 8, followed by matches against Slovenia, Scotland and a friendly with Spain.

"It`s obviously been a difficult situation for the FA (England`s governing Football Association) but it was important that there was some stability and continuity for everybody," Southgate said in an FA statement.

"So, from my point of view, it was important to step forward and give us the best possible chance to win these games."

Southgate added: "The focus now has to be on playing football, putting in good performances and getting results, starting with Malta at Wembley.

"These are four big games for us as a country, I`m looking forward to the challenge and I`m confident that we can get good results."

Southgate said he hoped his experience of the England set-up would prove beneficial.

"The fact that I know so many of the support team and the players already is really important, given the time that we have to prepare for these matches," he added.

"It`s a difficult circumstance for me, because we`ve lost two senior coaches (Roy Hodgson and Allardyce) in the last few months who have both been very good to me, so that complicates my feelings. I certainly wish them both all the best for the future."Earlier, Allardyce told reporters outside his home in Bolton, northwest England on Wednesday that he regretted his conversation with the undercover team: "I think that on reflection it was a silly thing to do.

"But just to let everybody know, I sort of helped out what was somebody I`d known for 30 years (football agent Scott McGarvey).

"Unfortunately it was an error of judgement on my behalf and I`ve paid the consequences."

Allardyce`s England reign was sensationally brought to a close on Tuesday as he paid the price for indiscreetly talking with undercover Daily Telegraph reporters posing as Far East businessmen.

The 61-year-old was secretly filmed giving advice on how to circumnavigate transfer rules and mocking England predecessor Hodgson.

Allardyce, appointed England manager in July on a £3 million-a-year-contract, also agreed to travel to Singapore and Hong Kong as an ambassador for their fictitious firm for a fee of £400,000.

Britain`s sports minister, Tracey Crouch, said Wednesday: "The recent allegations concerning English football are very concerning and we will be discussing the matter with the football authorities."

Those authorities -- the Football Association, the Premier League and the English Football League -- issued a brief joint statement later Wednesday insisting they were serious about stamping out corruption from the game.

"Any substantive allegations will be investigated with the full force of the rules at our disposal, which are wide-ranging and well-developed," they said.

"In addition, should we find any evidence of criminality we would inform and seek the support of the appropriate statutory authorities."

Crouch`s remarks and the football authorities` statement came after Alan Shearer, a former England captain, said English football had a problem with "greed".

Meanwhile United States coach Jurgen Klinsmann ruled himself out of replacing Allardyce on a permanent basis.

"No truth to the rumors regarding England," Klinsmann, the German 1990 World Cup-winning striker who became a popular figure in English football during his time as a forward with Tottenham Hotspur, wrote on Twitter.