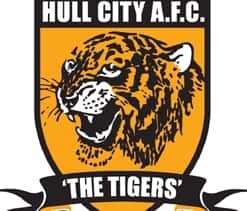 London: Tom Ince finally ended months of speculation about his future by signing for Premier League side Hull City on Monday.

Ince, the 22-year-old son of former Manchester United and England star Paul Ince, had been linked with a host of clubs since confirming he wouldn`t sign a new contract with Championship outfit Blackpool.

French side Monaco were said to be early front-runners for his signature before Inter Milan, one of father`s old clubs, appeared set to win the race when they held talks with the England Under-21 winger in Italy.

But Ince, who spent the second half of last season on loan at Crystal Palace, eventually pulled out of the move to European giants Inter and has instead opted for the less glamourous surroundings of the KC Stadium after snubbing interest from Stoke and Queen`s Park Rangers.

Ince agreed a two-year contract with Steve Bruce`s team, who have yet to settle on compensation with Blackpool, meaning a tribunal may be necessary if a fee cannot be decided.

"Hull City have completed the signing of Tom Ince. The 22-year-old has put pen to paper on a two-year deal with the Tigers," a statement on Hull`s website announced.

The former Liverpool trainee joins Hull with the club seemingly on the up after reaching last season`s FA Cup final, narrowly losing 3-2 to Arsenal, and securing their Premier League status for another season.

The Tigers may also have appealed to Ince as they will play in the Europa League next season.