Indian football team stuck in Ashgabat due to bad weather

The Indian senior national football team got stranded in Ashgabat, Turkmenistan because of bad weather. 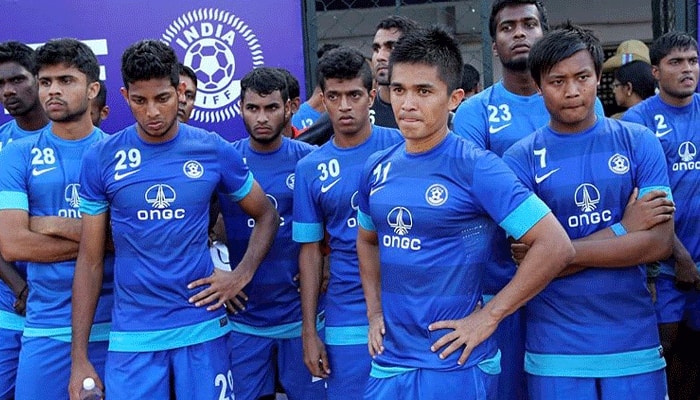 India were to travel to Muscat, Oman via Dubai for their World Cup qualifier on October 13.

But the team got stuck up at the Ashgabat International Airport due to late arrival of flights.

India were supposed to reach Muscat past midnight following a connecting flight from Dubai, after leaving Ashgabat at 5:30pm (Turkmenistan time).

As of now, the Indian team is waiting for the next slated flight for Dubai at the Ashgabat International Airport, which is supposed to leave at 3am (Turkmenistan time).

Thereafter, the Indian contingent will be boarding the next available flight from Dubai to Muscat. The timing of which cannot be guaranteed by the airlines authorities.

"The sudden change of events comes as a huge disadvantage. We had an agreement with the Oman Football Association about the practice sessions, but we are helpless at the moment," India's head coach Stephen Constantine told AIFF's Official Twitter handle.

"It puts us at further disadvantage. Every training session is so important and we cannot afford to miss any. I am also worried about the recovery of the players," he added.