Coach Joachim Loew was left fuming after Germany allowed the U.S. to come from a goal down to beat the World Cup champions at home for first time ever on Wednesday. 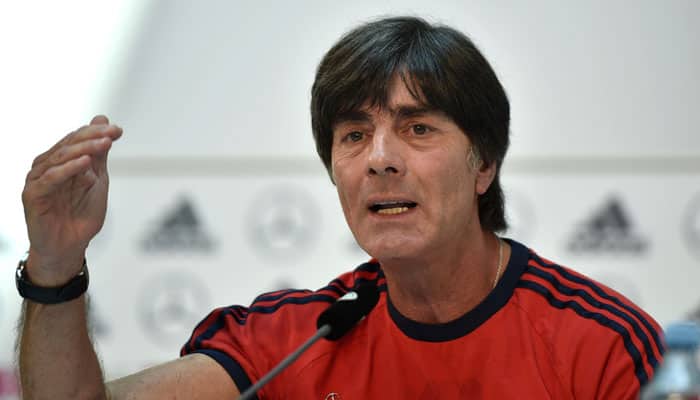 Cologne, Germany: Coach Joachim Loew was left fuming after Germany allowed the U.S. to come from a goal down to beat the World Cup champions at home for first time ever on Wednesday.

Germany dominated the first half, with Mario Goetze firing them ahead in the 12th minute, but the hosts wasted their chances to lose the match 2-1.

U.S. coach Juergen Klinsmann was, by contrast, delighted by the second straight comeback win over one of the world`s top teams.

"The result is annoying," Loew told a news conference. "But considering everything -- such as our players being out of training and match rhythm during the last few weeks -- we can live with it.

"I was extremely pleased with the first half, we had a lot of pace and there were lots of chances. But we should have been ahead by 2-0 or 3-0. If we had got ahead by three goals I don`t think the U.S. would have come back."

Loew said that would be a lesson his team must learn going into their Euro qualifier on Saturday against Gibraltar as well as in key qualifier matches coming up later in the year.

"I think right now it`s important that our players get a summer holiday," said Loew. "We`ll be happy on Saturday once this season is wrapped up.

For Klinsmann, who led Germany from 2004 to 2006, the victory was a major boost ahead of next month`s Gold Cup tournament.

"There were some matches this year that we should have won but gave up late goals -- against Denmark and Switzerland," he said, referring to a 3-2 friendly loss in Denmark and 1-1 draw in Zurich. "Now we`re turning those around with late goals."

Klinsmann was especially pleased with the leadership of captain Michael Bradley, who kept the U.S. team steady during the Germany onslaught early on, and striker Bobby Wood.

Wood scored his second successive late match winner in the 88th minute on Wednesday. He also netted the winner in the 90th minute during last Friday`s 4-3 win against the Netherlands.

"The leadership, especially by Bradley, was tremendous," said Klinsmann.

"He was absolutely the best player on the field. He played all over Europe and the players really looked at him and thought we`re going to turn this slowly into the other direction. And it all shifted."