Jose Mourinho has been charged with misconduct in the wake of his comments about referee Anthony Taylor before Manchester United`s goalless draw with Liverpool last week, the Football Association said on Thursday. 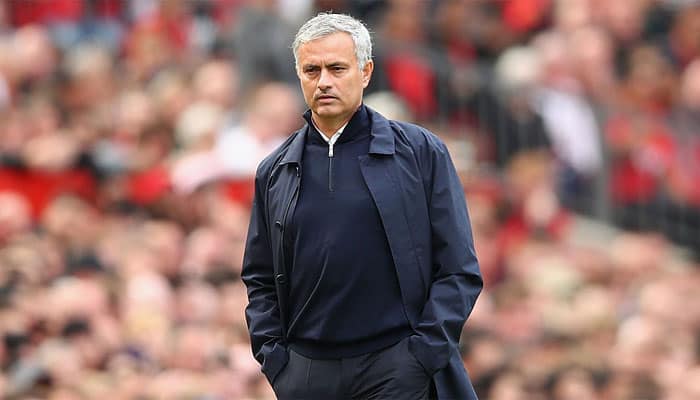 London: Jose Mourinho has been charged with misconduct in the wake of his comments about referee Anthony Taylor before Manchester United`s goalless draw with Liverpool last week, the Football Association said on Thursday.

On a busy day for the FA`s disciplinary department, Sunderland boss Davis Moyes was also hit with a misconduct charge after he was sent off at Southampton in the League Cup on Wednesday.

United manager Mourinho said it would be "difficult" for Taylor, who is from the Greater Manchester area, to have "a very good performance" after being put in charge of the Premier League game between two fierce rivals.

"Manchester United manager Jose Mourinho has been charged with misconduct, in respect of comments he made relating to the appointed match referee prior to the Liverpool FC v Manchester United FC fixture on Monday 17 October 2016," the FA said in a statement.

The FA had earlier asked Mourinho to explain comments he made about the match referee.

FA rules prohibit managers and players from making comments about officials which could be viewed as intimidatory or influential before games.

The 53-year-old has until on Monday to respond to the charge.

Moyes has been accused by the FA of using "abusive and/or insulting words towards a match official" in their 1-0 defeat at St Mary`s.

The Sunderland manager, who has until Tuesday to respond to the charge, was sent to the stands after referee Chris Kavanagh waved away a late penalty appeal.

Moyes, whose side are bottom of the Premier League, later admitted that he had deserved to be banished from the touchline.