Ireland qualify for 2016 Olympics hockey after a century

Irish men's hockey team has qualified for the Olympic Games after a gap of more than 100 years. 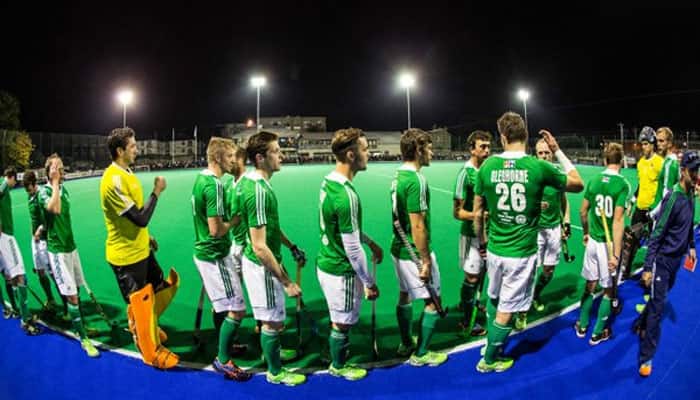 Dublin: The Irish men's hockey team has qualified for the Olympic Games after a gap of more than 100 years, the International Hockey Federation (FIH) confirmed on Sunday.

It marks the first time in over 100 years since an Irish hockey team participated in an Olympic Games, with their men picking up the silver medal in the inaugural Olympic hockey event which took place in London in 1908.

Ireland qualified after Australia defeated New Zealand 3-2 in the Oceania Cup final, which took place earlier in the day.

After Australia were declared Oceania continental champions, a further qualification spot opened for the team ranked highest among the non-qualifiiers in the Hockey World League (HWL) Semi-Finals, which Ireland secured.

Ireland finished fifth at the HWL Semi-Final in Antwerp, Belgium, earlier this summer and became the eleventh team to qualify for Rio 2016 Summer Games.

They join Oceania champions Australia, India who qualified as Asian Games champions, Argentina as Pan Am Games champions, the Netherlands as European champions and Germany, Belgium, Great Britain, Canada and Spain through the HWL Semi-Finals. Former Olympic champions Pakistan have not qualified.

The remaining Olympic berth will not be finalised until the conclusion of the ongoing African Hockey Championships that started on Friday.