Satpal Singh, the former wrestler and coach of double Olympics medallist Sushil Kumar, was the lone person in the field of sports selected for the Padma Bhushan, the country's third highest civilian award while five other sportspersons were also named for Padma Shri. 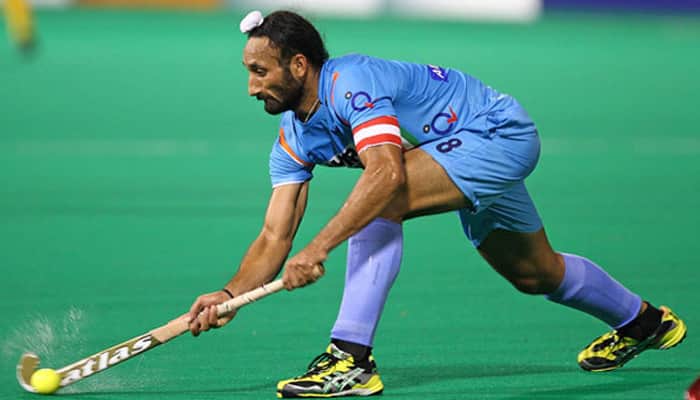 New Delhi: Satpal Singh, the former wrestler and coach of double Olympics medallist Sushil Kumar, was the lone person in the field of sports selected for the Padma Bhushan, the country's third highest civilian award while five other sportspersons were also named for Padma Shri.

59-year-old Satpal, who is also credited to have groomed the likes of Olympic medallist Yogeshwar Dutt into champion wrestlers, was among 20 eminent persons named by the government for the Padma Bhushan.

The run-up to this year's nomination for Padma Bhushan in the field of sports was mired in controversy after Olympic medallist shuttler Saina Nehwal expressed disappointment after Sushil was nominated by the sports ministry in preference to her in the first place.

Saina said Sushil was nominated despite the five-year gap rule between two Padma Awards to the same person while leaving her out. Saina had won Padma Shri in 2010 and Sushil in 2011.

The Sports Ministry then recommended Saina's name to the Home Ministry though the deadline for doing that has long been over.

As per the norms, there has to be a gap of at least five years between two Padma awards to the same person. However, the home ministry has the prerogative to relax the rules in 'highly deserving' cases.

Another Olympic medallist boxer Vijender Singh also joined into the controversy, saying that he also deserved the Padma Bhushan.

28-year-old Sardara Singh has played for the country with distinction since making international debut in 2006 and led the national men's hockey team to gold medal winning performance in the 2014 Incheon Asian Games, a feat achieved by the country after 16 years. Before Incheon, India last won a men's hockey gold in 1998 Asian Games.

The Haryana player also led the country to a silver medal in the 2014 Commonwealth Games in Glasgow. He has been one of the premier hockey players in the world having been included in FIH All-Star team on a few occasions.

19-year-old Sindhu from Hyderabad has been the other big Indian name in the badminton world besides Saina and her rise to the top has been phenomenon. In 2013, Sindhu became the first ever Indian woman to win a medal in singles at the World Championships by winning a bronze. She repeated her feat last year again by winning a bronze medal at the World Championships in Denmark.

She also won a bronze each in the Commonwealth Games and Asian Games in 2014. She is now ranked ninth ninth in the world. Chhattisgarh girl Saba Anjum, 29, was part of Indian women's hockey team that won the gold in 2002 Manchester Commonwealth Games as well in the 2004 Asia Cup in New Delhi. She was also part on the team that won a bronze in the 2006 Asian Games in Doha. She got the Arjuna Award in 2013.

32-year-old Indian women's cricket team captain Mithali has also served the country with distinction after making her international debut in 1999. In 2002, at the age of 19 and in her third Test, she broke Karen Rolton's record of world's highest individual Test score of 209 by scoring 214 against England. The record has since been surpassed.

She led the Indian team to the finals of the Women's Cricket World Cup of 2005 where the team lost to Australia. In August 2006, Mithali led India to their first ever Test and series victory in England. She is a recipient of the Arjuna award for the year 2003.

Arunima, 26, from Uttar Pradesh, is the first female amputee to climb Mount Everest. She was a national level volleyball player before she was pushed out of a running train by thieves in 2011 while resisting them. One of her legs had to be amputated below the knee as a result.