Veteran Indian sports administrator Randhir Singh on Tuesday stood down as Secretary General of the Olympic Council of Asia after occupying the post for 24 years since 1991 at the 34th General Assembly of the organisation here. 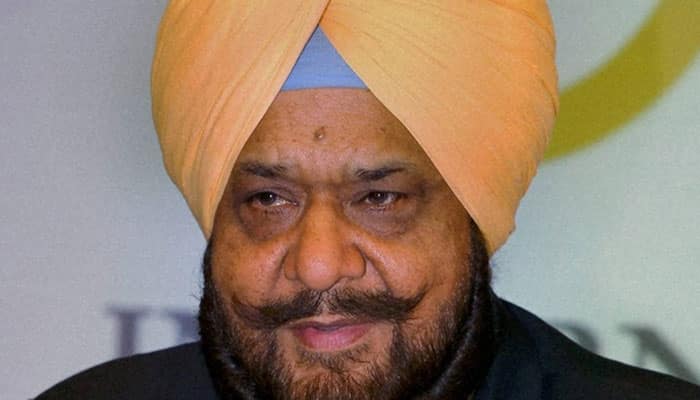 Ashgabat (Turkmenistan): Veteran Indian sports administrator Randhir Singh on Tuesday stood down as Secretary General of the Olympic Council of Asia after occupying the post for 24 years since 1991 at the 34th General Assembly of the organisation here.

68-year-old Randhir, who was the International Olympic Committee member from India from 2001 to 2014 and served as Secretary General of the Indian Olympic Association from 1987 to 2012, submitted his final report to the OCA Executive Board before he stood down.

He will be made an Honorary Life Vice President of OCA.

The 34th OCA General Assembly to be held tomorrow is set to elect incumbent president Sheikh Ahmad Al Fahad Al Sabah for another four-year term. The position of Secretary General will not be continued within the OCA structure.

"I have had the pleasure of standing in front of you for the last 24 years and presenting the Secretary General's report every year," Randhir told the Executive Board meeting, held at the Olympiya Hotel here, after serving at the post for six successive terms as Secretary General.

"It has been a long journey but a very fruitful and memorable one," said Randhir, a six-time Olympian and Asian Games gold medallist shooter, in an OCA statement.

He thanked OCA President Al Sabah and other members for the support they have given in his 24 years in office.

"I would personally like to thank my friend and colleague for 24 years, His Highness Sheikh Ahmad Al Fahad Al Sabah, President of OCA, for his support and, most of all, for his friendship," Randhir said.

"I think together we have been able to give OCA a new direction, and the new state-of-the-art OCA headquarters in Kuwait is a fitting testament to his vision and leadership. I wish him all the best in the future as well," he added.

Al Sabah said it was a sad day because he and Randhir had started together in 1991 in Delhi. He thanked him for his three decades of work in the OCA, IOC and also with ANOC (Association of National Olympic Committees).

The OCA President proposed that Randhir be appointed Hon. Life Vice President of the OCA by the General Assembly tomorrow, and this was approved by the Executive Board.