Leading sportspersons from Telangana have come forward to help families of farmers who have committed suicide due to debt burden and crop failure. 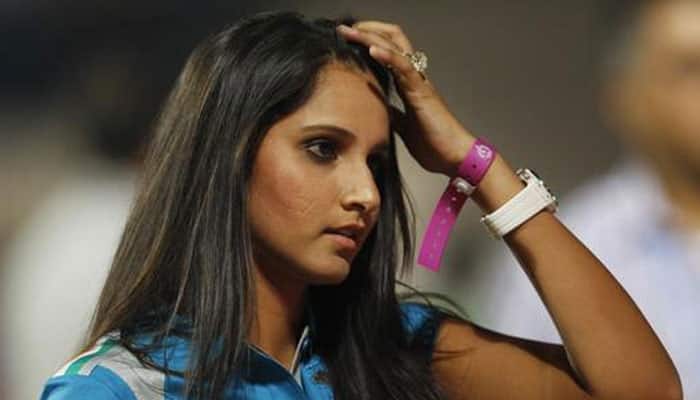 Hyderabad: Leading sportspersons from Telangana have come forward to help families of farmers who have committed suicide due to debt burden and crop failure.

Responding to an appeal by the state government to all sections of the society to come to the rescue of farmers' families, tennis ace Sania Mirza, top shuttler Jwala Gutta and cricketer Pragyan Ojha on Sunday declared their support.

As Sania is in China to play in a tournament, her mother Naseema Mirza presented a cheque of Rs.3 lakh to MP K. Kavita, daughter of Chief Minister K. Chandrasekhar Rao.

"Agriculture and farmers are core of our country. Whatever crisis the state is facing be it farmers's suicides or an earthquake, we have to come forward to help the people," said Naseema.

Sania is the brand ambassador of the newly-created state.

Jwala, who presented a cheque of Rs.1 lakh, said it was the duty of every citizen whether they are celebrities or a common people to come forward to help the farmers. "We need to come forward and do whatever we can," she said.

Ojha said since farmers are backbone of the country, he decided to join the effort without second thought. He assured all support to the effort to help the families of farmers.

Kavita, who is also heading cultural organisation Telangana Jagruthi, said the NRIs wing and others had come forward to adopt 70 families of the farmers. She said the Telangana Rashtra Samithi (TRS) government was doing everything possible to help the farmers but it was the responsibility of every section of the society to contribute.

She said the organisation would take care of the widows and children of the farmers.

The state cabinet on Friday decided to hike compensation for farmer suicide deaths from Rs.1.5 lakh to Rs 6.lakh. Deputy Chief Minister Kadiam Srihari announced that the hiked compensation would come into effect from September 19.

The government said 430 farmers committed suicide in the last one year of which 141 have been found eligible for compensation in accordance with the government's criteria. Opposition parties however claimed that over 1,000 farmers killed themselves in the same period.

Never expected to be costliest player of HIL: Moritz Fuerste