The Sports Ministry announced this on Monday. 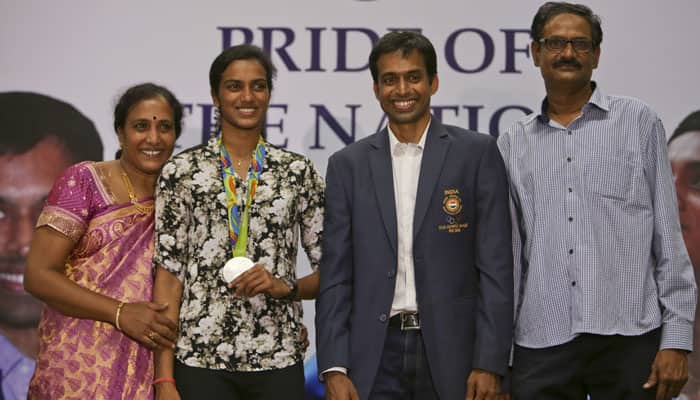 The Sports Ministry announced this on Monday.

While shuttler Sindhu created history by becoming the first female athlete from India to win a silver in the just-concluded Rio Olympics, Sakshi bagged a bronze in the 58kg female wrestling. 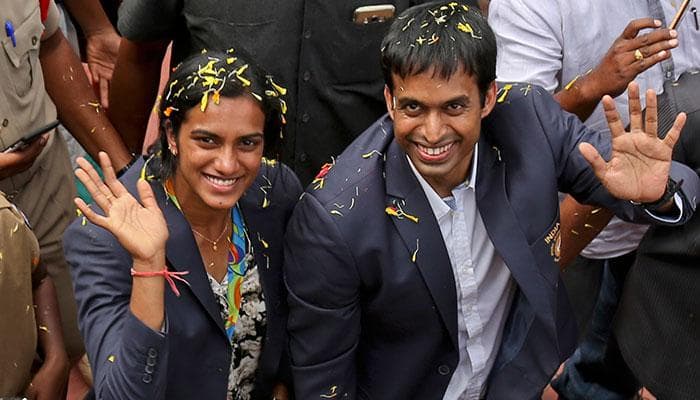 Dipa, India's first female gymnast to qualify for Olympics, went on to miss a bronze by 0.15 points but her clean finish in the high-risk Produnova vault won the hearts of the nation, while Jitu bagged over half a dozen medals in the past two years, including gold at Asiad and Commonwealth Games and a silver in World Championships, which booked his ticket to Rio.

This year's Dronacharya Award has been conferred upon six coaches, the most notable among being Dipa's coach Bishweshwar Nandi and India Test team captain Virat Kohli's mentor Raj Kumar Sharma.

Besides, the Punjabi University of Patiala will be awarded the Maulana Abul Kalam Azad (MAKA) Trophy 2015-16.

The National Sports Awards are given every year to recognise and reward excellence in sports.

The Khel Ratna Award is given for spectacular and most outstanding performance in the field of sports by a sportsperson over a period of four years. Apart from a medal and a citation, the Khel Ratna Awardee will receive a cash prize of Rs 7.5 lakh.

The Arjuna Award is given for consistent performance over four years, while the Dronacharya Award is given to coaches for producing medal winners at prestigious international sports events and the Dhyan Chand Award for lifetime contribution to sports development.

The awardees will receive their awards from the President of India at a specially organised function at the Rashtrapati Bhawan on August 29, 2016.