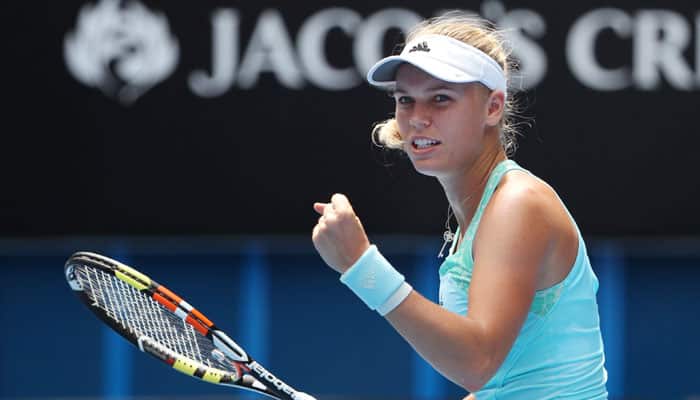 Top-seed Caroline Wozniacki survived a nail-biting scare Friday against Angelique Kerber of Germany at the Pan Pacific Open, advancing to a semi-final showdown against Belinda Bencic.

Wozniacki comfortably overpowered her fifth-seed rival in the first set.

But the second set went to the German left-hander, who consistently delivered sharp shots deep into corners, forcing Wozniacki to run along the baseline.

But Wozniacki, who won the Pan Pacific Open in 2010, remained calm and picked up the pace toward the end of the second set, before firing off blistering shots to win key games in the third set.

"I think we both played really well (in the third set). It could have gone both ways, but I won the most important points. I am very happy about that," Wozniacki said.

The victory sets up a semi-final match against eighth-seed Bencic, who beat Spain`s third-seed Garbine Muguruza 7-6 (7/1), 6-1.

The 18-year-old Swiss has stacked up impressive wins this year by beating the likes of Serena Williams and Simona Halep.

She has won all of her three encounters against Wozniacki in 2015, including a victory in August in Toronto.