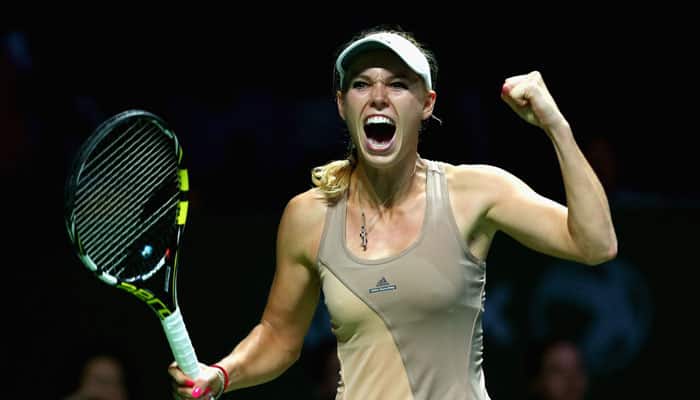 Tokyo: Caroline Wozniacki outlasted Agnieszka Radwanska 4-6 7-5 6-4 in a dog fight of a semi-final at the Pan Pacific Open on Saturday to end the Pole`s reign at the Ariake Coliseum.

The former world number one prevailed in two hours and 50 minutes of hard-fought tennis and will meet local wildcard Naomi Osaka or Ukraine`s Elina Svitolina in Sunday`s final.

World number four Radwanska served for the match in the second set but then lost five straight games as Wozniacki levelled up the contest and took an early break in the decider.

There were 13 breaks of serve in the topsy-turvy encounter, however, and it was not until a fourth match point, which Radwanska slapped into the net for her 43rd unforced error, that the Dane was certain of her place in the final. (WATCH: FUNNY! Novak Djokovic's hilarious on-court imitation of Fabio Fognini)

"I think every time I play her we play really tough matches," Wozniacki said in a courtside interview.

"She played really well today and I was lucky to win that second set and then we just fought really hard, both of us, in the third."

Reduced to 28th in the world rankings after a string of injuries, Wozniacki reached the semi-final of the U.S. Open earlier this month and should be confident of clinching her second title in her third Pan Pacific Open final on Sunday.

Injured Serena Williams pulls out of China tournaments with injury