Paes, 43, started a possible controversy, claiming he was not considered to partner Sania Mirza for Mixed Doubles at the Rio Games. 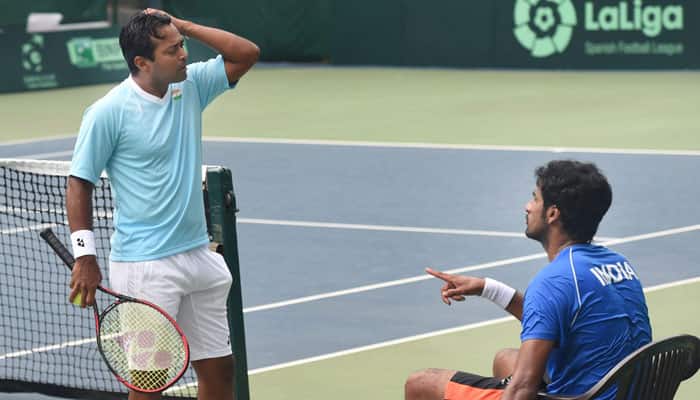 Paes, 43, started a possible controversy, claiming he was not considered to partner Sania Mirza for Mixed Doubles at the Rio Games.

“I’m someone who has a long-sight, we’ve got the Asian Games coming up in 18 months and the Olympics in four years, whether I’m around or not around, got to nurture these guys."

"Otherwise four years from now, it would again be a tussle for who is playing the Olympics and come back without anything,” he was quoted as saying after losing to Rafa Nadal and Marc Lopez.

“I can very, very clearly say that the past two Olympics, we didn’t put the best teams forward. This Olympics – the mixed doubles – was a huge opportunity. What more does a man have to do than win four Grand Slams in fourteen months? There were no other tournaments to win, I couldn’t create more tournaments. And still not get a chance to play. Sad,!” he added.

At the recently concluded Rio Olympics, Rohan Bopanna and Mirza finished fourth, losing to Lucie Hradecka and Radek Stepanek of Czech Republic in the bronze medal playoff. They lost the semi-final match to Venus Williams and Rajeev Ram of United States.

In the men's doubles, he teamed up with Bopanna, only after another round of controversy over whom the later would partner at the Games. They lost in the opening round itself.

However, it was Paes and Mirza at London Games. The team was put up after much mud-slinging. And they lost in the quarters, to the eventual winners Max Mirnyi and Victoria Azarenka of Belarus.

And in the men's doubles, he partnered Vishnu Vardhan and Bopanna played with Mahesh Bhupathi – both teams lost in the second round.

Meanwhile, India conceded an unassailable 0-3 lead to five-time world champions Spain, after Paes and Saketh Myneni lost the doubles rubber yesterday, and are out of the reckoning for a return to elite World Group.