The tragedy took place at the 'Karupu Swamy' (a rural deity) temple in Muthiampalayam village. 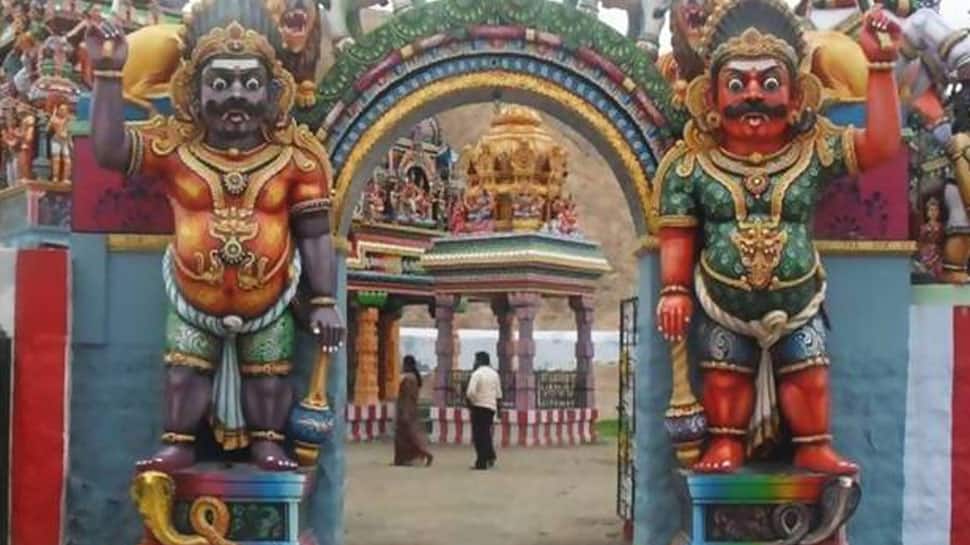 Representational picture of a temple in TN
Share:
Written By:

CHENNAI: At least seven people were killed and 10 others injured due to a stampede during a local temple festival at Muthiampalayam village near Thuraiyur in Tamil Nadu on Sunday.

According to police, the tragedy occurred when hundreds of people gathered for the 'padikasu' (temple coin) distribution ceremony, held as part of annual 'Chithira Pournami' festival, at the 'Karupu Swamy' (a rural deity) temple in Muthiampalayam village.

Expressing shock and grief over the deaths, Prime Minister Narendra Modi announced compensation of Rs 2 lakh for the families of the victims.

Tamil Nadu: 7 people died and more than 10 people were injured in stampede at Karupu Swamy temple in Muthampalayam, earlier today. PM Modi has announced an ex- gratia of Rs 2 lakh each for the next of kin of those who died and Rs 50,000 each for those were injured in the incident

PM Modi tweeted that all possible assistance is being provided to the authorities to help those injured in the tragedy.

Saddened by the loss of lives due to the stampede at a temple in Thuraiyur, Trichy. My condolences to the families of those who passed away and prayers with the injured. All possible help is being extended by the authorities.

Tamil Nadu Chief Minister K Palaniswami too expressed anguish over the loss of lives in the incident and ordered a solatium of Rs one lakh each and Rs 50,000 to the injured.

According to eyewitnesses, the tragedy occurred when the priest started distributing the coins and a section of devotees surged forward to collect them.

Seven people, including four women, died on the spot while ten others were seriously injured and have been hospitalised, they said.

Distribution of the coins is the main event of the festival, which draws a large number of devotees from in and around the village.

Devotees believe keeping the temple coins at home in their cash box will bring prosperity.

A temple official, on condition of anonymity, said there was no effort to control the crowd nor was there enough security personnel to bring the situation under control.

District authorities said the matter was being looked into and action would be taken against those responsible for the mishap.