Hundreds of visitors to the East Coast beach in Chennai were caught in a pleasant surprise after they spotted an unusual sight on Sunday evening -  waves sparkling with an almost magical glow. 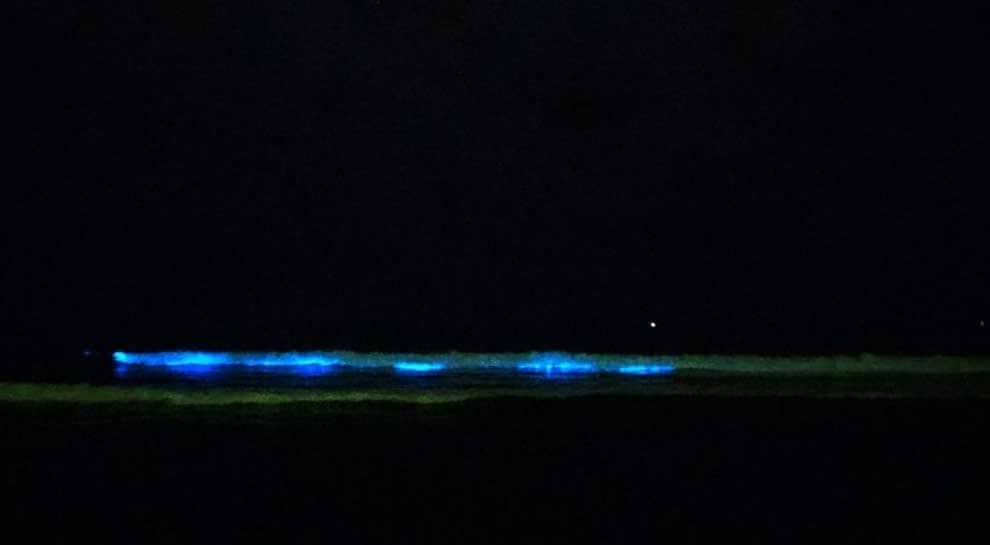 CHENNAI: Hundreds of visitors to the East Coast beach in Chennai were caught in a pleasant surprise after they spotted the sea waves sparkling with an almost magical glow on Sunday evening. They could hardly believe their eyes when they saw the waters at the beach illuminating in deep blue colour.

According to marine ecology experts, the blue glow is caused by bioluminescence or blue sea sparkles which are a rare sight in Chennai.

The phenomenon is caused by Noctiluca scintillans algae, a type of phytoplankton that converts their chemical energy into light energy when washed ashore.

It is commonly known as sea tinkle.

Left in awe of the very magical sight of the Chennai sea, the visitors to Eliot's Beach clicked breathtaking pictures and videos which were widely shared on the social media.

Not only Chennai, but blue waves were also seen at the Thiruvanmiyur, Injambakkam, Besant Nagar's Eliot's Beach and Palavakkam beaches.

Reacting to the news, old-time Chennaiites claim that the algae used to be a regular phenomenon earlier.

Experts and researchers, however, think that it could be a sign of unhealthy waters and an impact of climate change.

The researchers believe that some sort of pollution, like pesticide-laden agricultural run-off or sewage dumped into the ocean, could have triggered the growth of algae in the sea.

They also believe that an increase in sea temperature due to climate change creates ideal conditions for phytoplankton (which noctilucas eat) to thrive. While the algae are always present in oceans, these factors trigger their growth.

In some seas, the dominance of this algae can be a death knell for other species, and the areas they dominate are nicknamed the ‘death zone’.