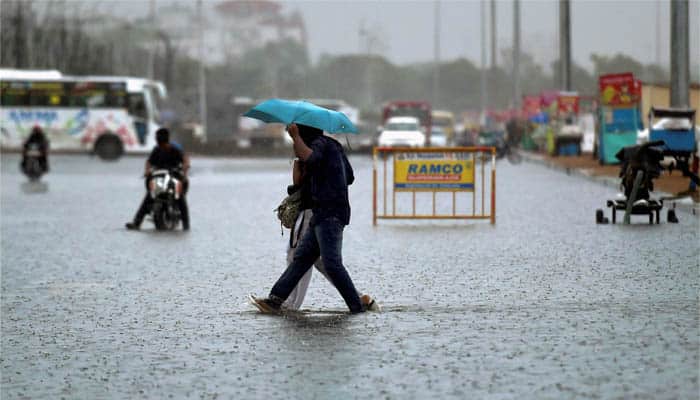 Most central areas of Chennai city received lesser rainfall compared to suburban areas in all directions where infrastructure is generally a notch lower.

By 8:30 am on Wednesday, the India Meteorological Department or IMD weather station in Nungambakkam reported receiving 116.4 mm rainfall, while an independent weather station Chepauk received 147.5 mm.

The weather department predicted rain or thundershowers at most places over coastal Tamil Nadu and Puducherry, and at many places over interior Tamil Nadu over the next four days.

"These rains are due to the presence of the cyclonic circulation over Sri Lankan landmass which could organise itself well as it moves into the open waters.  In the wake of this persistent circulation and potential development into a low-pressure area (LPA) in the days to come, the entire coastal Tamil Nadu inclusive of Chennai may witness moderate to heavy rain for next few days. The interiors as well could get isolated moderate rain spells," stated Kea weather site