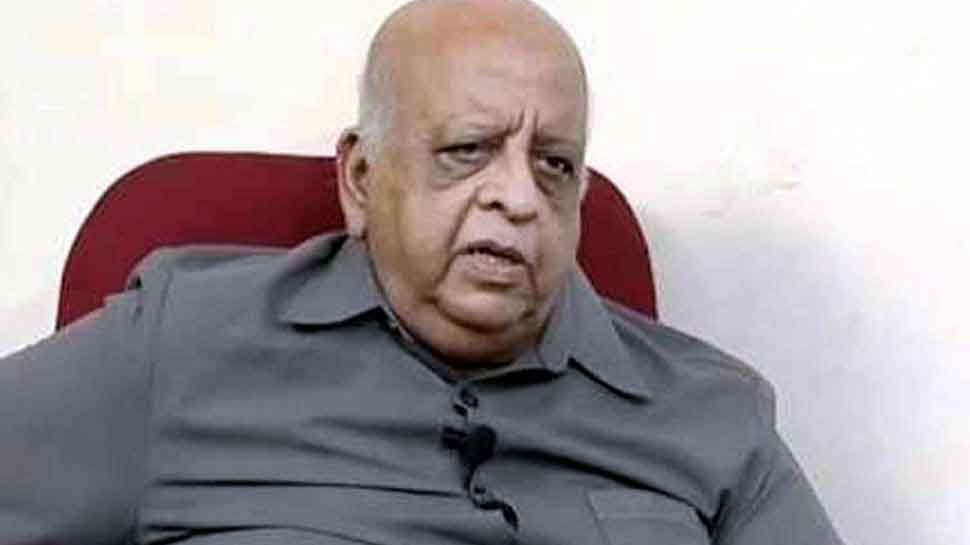 "Shri TN Seshan was an outstanding civil servant. He served India with utmost diligence and integrity. His efforts towards electoral reforms have made our democracy stronger and more participative. Pained by his demise. Om Shanti," tweeted PM Modi.

President Ram Nath Kovind wrote, "Sad to learn about the passing of Shri T. N. Seshan. He was a distinguished civil servant. Shri Seshan’s stint as Chief Election Commissioner marked an epochal phase of electoral reforms. My heartfelt condolences to his family and friends #PresidentKovind."

Congress interim president Sonia Gandhi and party leader Rahul Gandhi too expressed their grief on the passing away of former Chief Election Commissioner. "Seshan was a seasoned civil servant who went up to serve as the Cabinet Secretary. He will always be remembered for strengthening the Election Commission of India and pioneering many far-reaching electoral reforms," Sonia said in a statement today.

Taking to Twitter, Rahul said that "Seshan was one of the election commissioners, who were ímpartial, respecte, brave and feared."

"Unlike today, there was a time when our Election Commissioners were impartial, respected, brave & feared. Shri #TNSeshan was one of them. My condolences to his family on his passing," he wrote on Twitter.

Union Home Minister Amit Shah also expressed grief over Seshan's demise, writing, "Saddened by the demise of former Chief Election Commissioner, Shri T N Seshan Ji. He played a transformative role in reforming and strengthening India`s electoral institution. The nation will always remember him as a true torchbearer of democracy. My prayers are with his family," tweeted Shah.

West Bengal Chief Minister and Trinamool Congress supremo Mamata Banerjee said Seshan's legendary contribution to democracy would always remembered. "Saddened to know about the demise of T.N. Seshan Ji, a stalwart for free and fair elections," she said in a Twitter post. "His legendary contribution to democracy will be always remembered. My condolences to his family and many admirers," she said.

Andhra Pradesh CM YS Jaganmohan Reddy condoled the demise saying, ""Seshan proved how the power of the Election Commission of India can be used for building the democracy. His name will be written with golden letters in the history of Indian democracy."

A 1955 batch Indian Administrative Service (IAS) officer of Tamil Nadu cadre, Seshan was the 10th CEC and served from December 12, 1990, till December 11, 1996. He was known for strict implementation of electoral laws and rules to clean up Indian elections. He passed away at his residence in Chennai on Sunday following cardiac arrest, family sources said. He was 86.