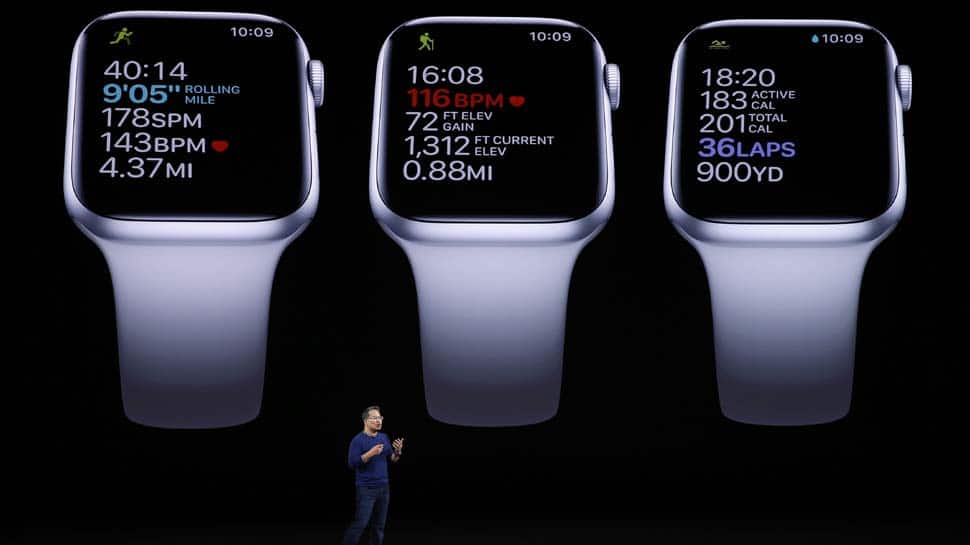 CUPERTINO: Apple on Tuesday launched Apple Watch Series 5, debuting an "Always-On Retina" display, several new health features and international emergency calling that allows customers to call emergency services directly from Apple Watch in over 150 countries, even without an iPhone nearby.

Apple Watch Series 5 (GPS) is available to order now, with availability beginning September 20 in the US and 38 other countries and regions.

For added personal safety while travelling, users with cellular models of Apple Watch Series 5 can now complete international calls to emergency services, regardless of where the device was originally purchased or if the cellular plan has been activated.

Combined with the power of watchOS 6, users are empowered to take charge of their health and fitness with new features like Cycle Tracking, the Noise app and Activity Trends.

Apple also introduced new version of the most popular seventh-generation iPad starting at $329.

The upgraded iPad features a stunning 10.2-inch Retina display and the latest innovations including Apple Pencil2 support, the fast A10 Fusion chip, advanced cameras and sensors, unmatched portability and connectivity, ease of use and great all-day battery life.

The new iPad is available to order starting now and in stores starting September 30.

"The new iPad packs even more value into our most popular and affordable iPad model featuring a bigger 10.2-inch Retina display, support for Apple Pencil and for the first time, the full-size Smart Keyboard," said Greg Joswiak, Apple`s Vice President of Product Marketing.

The new 10.2-inch Retina display iPad has nearly 3.5 million pixels and a wide viewing angle making it a vivid canvas for creative expression and perfect for immersive augmented reality (AR) experiences that take advantage of its enhanced cameras and advanced sensors.

Featuring the powerful A10 Fusion chip, the new seventh-generation iPad brings up to two times faster performance over the top-selling Windows PC4 for powerful multitasking and smooth gameplay in Apple Arcade.