The event will commence at 10:30 PM IST and will be streamed live on the company's website and on YouTube. 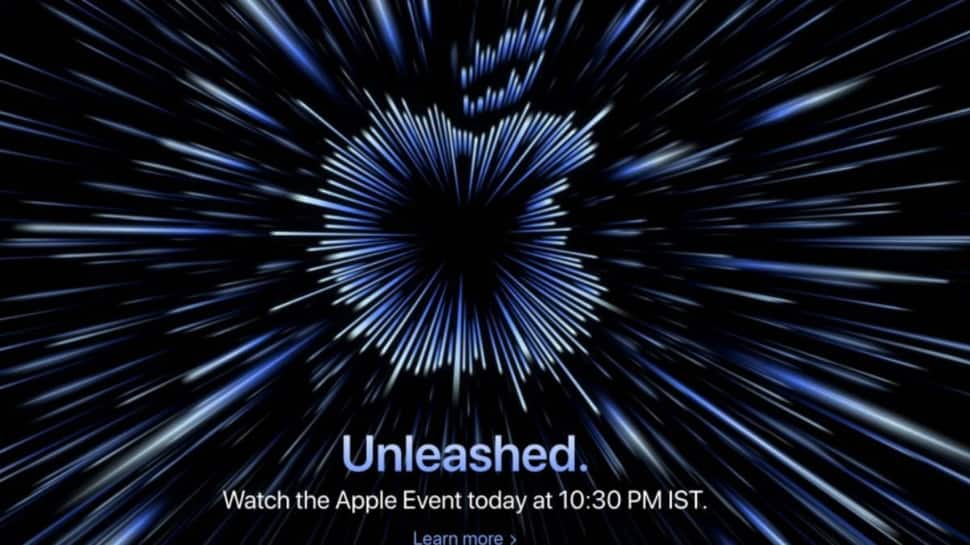 New Delhi: Apple is poised to have another launch event today, little over a month after introducing the iPhone 13 series and a new wristwatch. Users might expect to see the unveiling of new Macs operating on Apple's in-house chipsets during the 'Unleashed' event. According to sources, Apple fans and experts are both expecting two MacBook Pro models to be released today, along with a new Mac mini and possibly a new set of AirPods. The event will commence at 10:30 PM IST and will be streamed live on the company's website and on YouTube.

The advent of MacBooks powered by Apple's in-house ARM-based Apple Silicon chips was one of the most significant announcements made by Apple last year. Apple's M1 chipset, with a few tweaks, is strikingly identical to the A14 Bionic chipset, but it revolutionised the laptop sector by giving drastically enhanced performance, amazing battery life, and more. Apple is slated to release a new M1X chipset today, the successor to the M1, which would likely totally replace Intel chips in the company's lineup. Here's a preview of what readers may expect to see at today's Apple Unleashed event. Also Read: Apple to kick off special event today, October 18: Here is everything you want to know

Users might expect updated 14-inch and 16-inch MacBook Pro versions this year, which may have a flat design, smaller bezels, and the return of the MagSafe charger. According to speculations, the tablet would also include an HDMI connector and an SD Card slot. It's unclear whether we'll see a notched display, as predicted by a Weibo leak, but the display will most certainly have lower bezels and Mini-LED technology for higher-quality displays. There have been multiple reports of a 120Hz display, but it remains to be seen whether the "ProMotion" screens make their way to the MacBook Pro versions. Also Read: Beware of THIS scam! Here’s how to save your money online

The Mac mini is Apple's popular M1-enabled computer that packs a lot of punch into a small package. During the Unleashed event, Apple could introduce a new Mac mini. This new Mac mini could have a 'plexiglass' top over an aluminium chassis and a new magnetic power port. The device is supposed to be powered by an updated chipset, most likely the M1X chipset that Apple is slated to include with MacBook Pro models. The next Mac mini may also replace the Intel Mac mini, leaving users with only two ARM-based Mac mini alternatives in the future.

Apple is working on the AirPods 3 as a follow-up to the company's AirPods 2 true wireless earbuds, which could have shorter stems and a redesigned charging case, although it's unclear whether the earbuds will include silicon ear tips like the AirPods Pro. Competitors are now selling capabilities like Active Noise Cancellation at considerably lower pricing, so it will be interesting to see if Apple includes this feature with the AirPods 3.

The next edition of Apple's desktop operating system, macOS Monterey, is anticipated to be announced today. While macOS Big Sur, which was created with M1 chipsets in mind, introduced significant changes to the OS in terms of design and features, it will be intriguing to see what Apple has in store for macOS Monterey. We don't know when the software will be available, but given that the new MacBook Pro models are slated to ship with the operating system, it's safe to presume it'll be available in the coming weeks.

Facebook plans to hire 10,000 in Europe to build 'metaverse'