From finding free methods to contact friends, to President, Product at Zoom - the Journey of Velchamy Sankarlingam

Zee Media had an exclusive conversation with US-based Velchamy Sankarlingam, President, Product & Engineering at Zoom Video Communications - of course, via the same service he now is at the helm of. 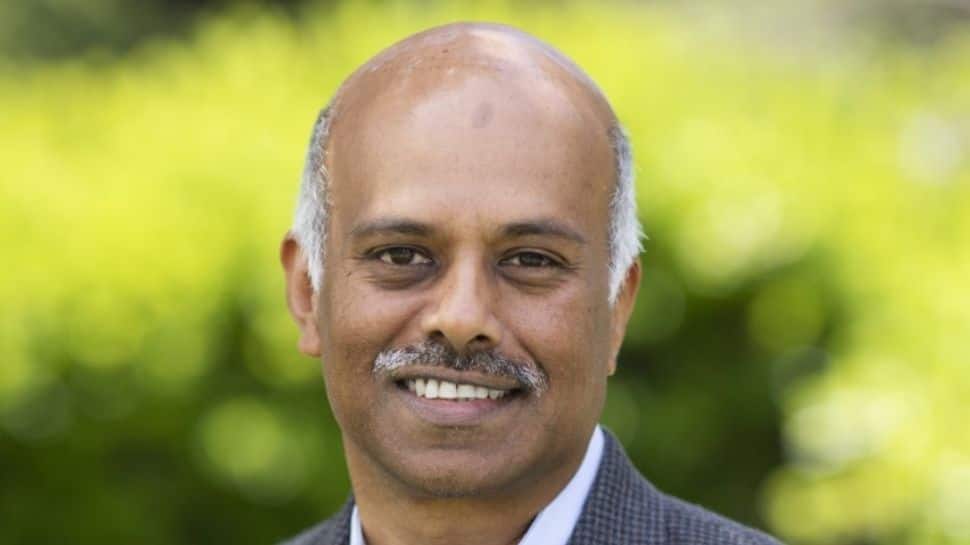 New Delhi: Back in the late 1980s, an Indian college student in the US was figuring out ways to communicate free-of-cost and stay in touch with his friends who lived halfway across the globe. E-Mail wasn’t an option, phone calls were very expensive, the internet was barely in its nascent stage. There was hardly any way out, save for snail mail. Cut to 2021, the same individual who once looked at free options to stay in touch, is responsible for running and improvising a service that helps millions of people stay connected worldwide - on a ‘Freemium’ basis.

Zee Media had an exclusive conversation with US-based Velchamy Sankarlingam, President, Product & Engineering at Zoom Video Communications - of course, via the same service he now is at the helm of.

Hailing from Virudhunagar, in the Southern Indian state of Tamil Nadu, Velchamy grew up with three sisters. His father was involved in a tin-metal business and later the sales of stoves, while his mother raised the four children.

A bright student, Velchamy went to a CBSE (a national level board of education, regarded among the best in India) school in his district and later joined the well-known Montfort school in Yercaud for his 11th and 12th grade. He completed his Engineering degree from the College of Engineering Guindy (among the oldest technical institutions in Asia), Chennai, where he first happened to experience the power of a mini-computer, a rarity in Indian academia of the 1980s. After his Engineering education in the Southern Indian metropolis of Chennai, he headed abroad to pursue a specialization in computer science and business in the US, where he is now settled. His sisters and extended family still live in their native city in Tamil Nadu.

At Zoom, where Velchamy joined in May 2020, after a wide-ranging experience in the Software-as-a-Service industry (including IBM, Webex, VMware), he has been responsible for scaling up operations to meet the exponential growth of their service and catering to the demands of nearly 300 million daily meeting participants, up from 10 million daily meeting participants during the pre-pandemic days. While this figure marks an overall 30-fold growth for Zoom over their regular user-base, the company has witnessed over 60-fold growth in Velchamy’s country of origin - India. This also meant establishing data centres in Indian cities, making the product more user-friendly for diverse audiences.

Besides their primary service of video calls, the company has also introduced Zoom Events (aimed at virtual conference management), Zoom Phone(voice call service across devices, meant for companies) and Zoom App Marketplace among others.

Reminiscing about his formative years, Velchamy says that despite being the only son in a household with four children, his parents permitted him to define his career and choices by himself, rather than asking him to manage the family business.

“My parents hadn’t gone to college, but they asked me to not worry about our family business and let me do what I felt was right. When parents guide you a lot, you don’t make many mistakes and you do fairly well, but you learn very little. In my case, I’ve made mistakes and learnt to get better at every subsequent step”, he said.

Regarding his education, Velchamy said he was a high-achiever that often competed closely for the Top 3 ranks, but there was more to him than the studious youngster. He even took a keen interest in playing cricket, table tennis, volleyball among other sports. He is grateful to his school Principal who emphasized the importance of learning and understanding, as opposed to merely memorizing.

“He urged us to develop primary skills and also focus on augmenting them with many other skills to enable holistic development” he recalled.

Asked to compare the Indian and American Education systems, he said that the Indian system was very structured, whereas the American system let the students pick and choose what they wanted.

“I think there are pros and cons. When you’re young you need structured learning like in India, because you’re not sure what to pursue. In the US, there is no fixed structure. So, when students themselves pick a certain subject, then they love it and are passionate about it. But I also see that there’s a lot of STEM (Science, Tech, Engineering, Math) and attractive Non-STEM options in India currently”, he added.

Interestingly, for someone that has been working on products and services that enable Work-from-home experiences for millions across the globe, Velchamy has always followed the habit of being early to the office and leaving late. In fact, he loves working from the office. However, when he did join Zoom at the insistence of his long-time friend and Zoom Founder, CEO, Eric Yuan, Velchamy had to adapt to the pandemic work-life.

“In the last year and a half that I’ve been at Zoom and reporting directly to the CEO, I’ve been to our local office only once,” he laughed.

Velchamy’s major concern and dilemma while joining Zoom was not on the technology front but was on the people front.

“How am I going to address an entire lot of new colleagues that I’ve never personally known, interacted or worked with earlier?” he asked.

He even confessed to having hesitated a bit, owing to how he’d have to break his long-held practice and start off with WFH from his very first day.

However, the 18-month-long WFH experience seems to have caused a significant change in his long-held belief and practice of working from the office.

“Looking back, had I gone to the local office, I’d have known a lot of people there and others. But today, I know up to 500 people, but I have no idea where they are. So, that’s the experience- I feel, the immersive video makes up for a lot of the stuff that we do in a physical meeting”, he opines.

Despite not having visited his hometown in recent years and missing many things about India(especially the food and hospitality), Velchamy has stayed connected with his pals - ranging from those back in kindergarten to those from college.

“For meetings, you need a time and place, but the place is not important as long as it's virtual. I’ve attended more (virtual) reunions last year than I ever have in my life” he quipped.

However, he remains unmoved by the fact that these reunions of his friends and kin from across the globe are made possible by a service that he’s helped scale up. But, beyond all the bells and whistles of the virtual world, he helps create and facilitate.

Velchamy agrees that the feel of landing at the Madurai airport and driving down (a distance of 60 km) to his hometown Virudhunagar, is unparalleled.

To Indians working and settled abroad, literal homecoming also means the freedom to casually walk into homes of friends and relatives in India, all sans appointment. Velchamy Sankarlingam is no exception to this!