In an apparent effort to pose a strong challenge to Apple and Samsung, Motorola has come up with a state-of-the-art smartphone Motoroal Edge+.  According to Motorola, its latest offering is the company's fastest, loudest, boldest smartphone, ever. 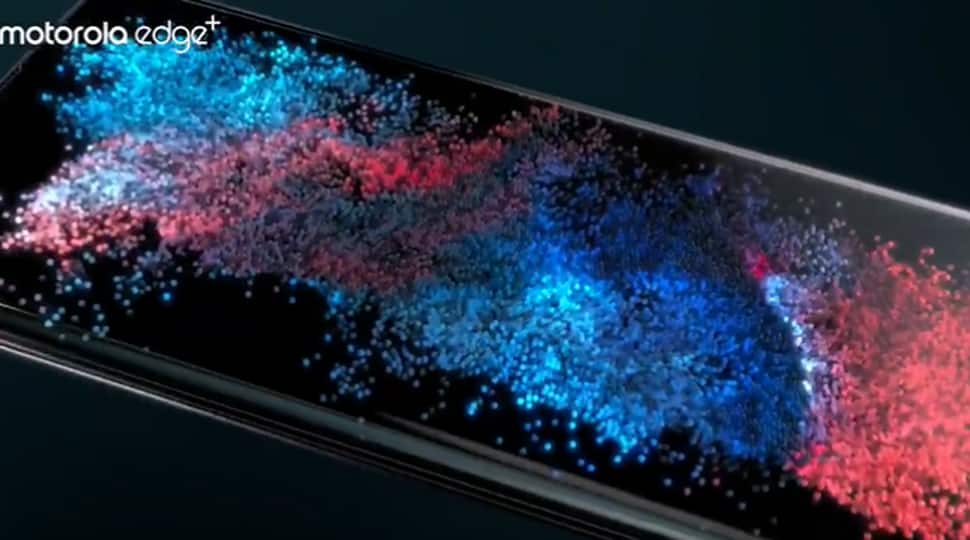 In an apparent effort to pose a strong challenge to Apple and Samsung, Motorola has come up with a state-of-the-art smartphone Motoroal Edge+.  According to Motorola, its latest offering is the company's fastest, loudest, boldest smartphone, ever.

"The Motorola Edge+ delivers advanced technology in every category that matters, including powerhouse 5G performance, a dynamic and immersive display, a photography experience like no other, audio that’s completely unmatched, and the largest battery of any 5G phone on the market. Simply put, Motorola Edge+ is the flagship phone you’ve been waiting for," Motorola said in a blog post.

"An innovative 5G antenna array connects you with both mmWave and sub-6GHz frequencies for global 5G compatibility and future speeds over 4 Gbps.3 And connect to Wi-Fi 6, the new blazing-fast standard for Wi-Fi, for even outstanding internet speeds while using less power," said Motorola in its blog post.

The Motorola Edge+ has Endless Edge display which wraps nearly 90-degrees around both sides of the device and stretches 6.7 inches which gives a unique immersive viewing experience to the users. The cinematic 21:9 screen ratio makes this smartphone perfect for viewing films and tv shows.

"The display is gorgeous, capable of showing a billion shades of color and offering incredibly dynamic picture quality with HDR10+. With a 90Hz screen refresh rate that you’ll love, the screen boasts exceptionally smooth movement so every scroll and swipe looks amazing," Motorola said.

According to Motorola, the Edge+ comes packed with the loudest, most powerful stereo speakers in a smartphone ever. The audio tuning technology of Motorola Edge+ comes from Waves.

The smartphone is equipped with a 108 MP sensor main camera, which has the highest resolution ever included in a smartphone. The sensor has Quad Pixel technology which provides 4 times the light sensitivity to capture clear and crisp photos in all lighting conditions. The triple camera system of Motorola Edge+ gives the users a lens for every shot.

"Content creators will love the video capabilities on the motorola edge+, which allows you to record in 6K for incredible high-res videos. The industry’s most advanced video stabilization compensates for motion blur, changing focus, and crooked horizons, and even combines OIS and EIS for better low light video quality. The new video snapshot feature even lets you pull out a high res 20 MP photo while shooting video," added Motorola in its blog.

Motorola Edge+ is powered by a a 5000 mAh battery, which is the largest battery of any 5G phone on the market. The smartphone also features TurboPowerTM wired charging and wireless charging.

Motorola Edge+ runs Android10 and the smartphone maker has introduced My UX in order to allow the users to customize their experience to be even more intuitive and personal.